There are so many professional video contents on youtube. People are investing a lot of money to make videos for youtube.

Even though youtube has become a very common platform among general people to celebrities all over the world, there are also some people who do think about the alternatives. They are thinking about youtube like websites. In this article, you will get detailed information regarding the websites and how useful it is.

Youtube has been ranking globally on position 2. In its category, youtube is the number 1 video streaming site. The website is available in more than 80 different languages. It is more than 95% of language people speak all over the world.

According to the Moz, the domain authority of the website is 100. It is ranking for more than 17.7m keywords. It has only a 1 % spam score. Every day, 1 Billion hours of video are watched on youtube.

It has over 2 billion users. This is the one-third number of people from the total people on the internet.

The most popular video on the internet Gangnam Style crashed the views counter tool of Youtube and had to upgrade the tool.

But, since the youtube has more users and videos, it is setting up a standard. It is controlling the creators from its multiple policy updates.

Recently, it has updated the monetization policy as the requirement of 4000 hours minute watch time and one thousand subscribers in 12 months to enable monetization.

Due to this, thousands of youtube channel got demonetized. This also led people to think about alternatives to youtube.

Before talking about alternatives, I want to say that, Youtube has no alternatives. I do not see any competitor of youtube. If you want to earn money or make your brand through video, then youtube is the best solution, you can not miss.

Vimeo was founded in the year 2004. It has the headquarter in White Plains, NY, United States. They also have applications for smartphones and iPhones.

The website is ranked on the position 190 in Alexa ranking.

They have about 500 employees.

According to the Moz, the domain authority of the website is 97. More than 1.3 m keywords are ranking for Vimeo. But, it has a spam score of 22%.

Also Read :   [EASY METHOD] How to add regards in gmail ?

Vimeo allows sharing a reliable and professional live stream. But, Vimeo is paid. It has different plans to get storage space, users, etc.

The website was founded in 2005 with its headquarter in Paris of France. They also have a mobile application for android and IOS. The company has about 500 employees. It is ranking 159 globally. It has rank 6 on its category.

The domain authority of the website is 96. About 2 m keywords of Dailymotion are ranking on the search engines. It has an 11% spam score.

The company was founded in the year 2003. It has its headquarter in San Francisco, CA, United States. They also have a mobile application for Android and IOS. It is ranking on 1332 position on its category.

Metacafe is good for short videos. You can find videos related to entertainment, movies, games, tv, music, and sports.

The company was established in the year 2004. It has its headquarter in San Francisco, CA in the United States. They also have an Android and IOS applications for mobile users. It is ranking 1 on the category of Photography.

However, you can join the networks mentioned above long with youtube. 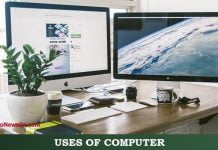 [How To] Backup With Google Drive

[#1] Guide On How To Write An Article

Maximizing Your Earnings with Facebook Article Monetization: Tips and Strategies

[How To] Backup With Google Drive

ABOUT US
GoNewsOn - Anything Anytime
FOLLOW US
© Copyrights Reserved
MORE STORIES