GoNewsOn – Anytime Anywhere
Home Entertainment World Bicycle Day: When Aryan Khan joined Shah Rukh Khan and Salman...
Share
Facebook
Twitter
Pinterest
WhatsApp
Linkedin
Rate this post
With gyms closed, fitness enthusiasts have been taking to the streets of late with their bicycles to keep up with their workouts. Today, on the occasion of World Bicycle Day, we take a look back at the time when two of our favourite Bollywood superstars cycled through the streets of Mumbai on their bikes. However, what caught our eyes is Aryan Khan who accompanied the superstars in their impromptu bike expedition. 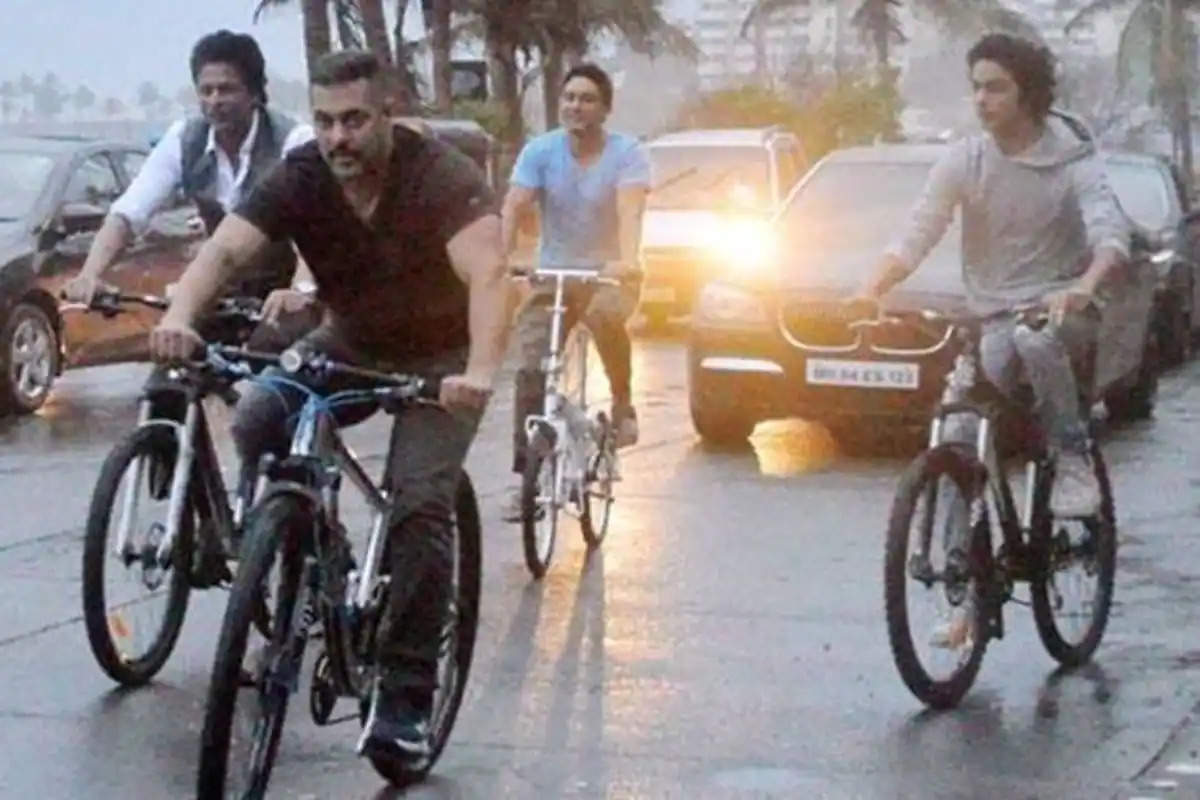 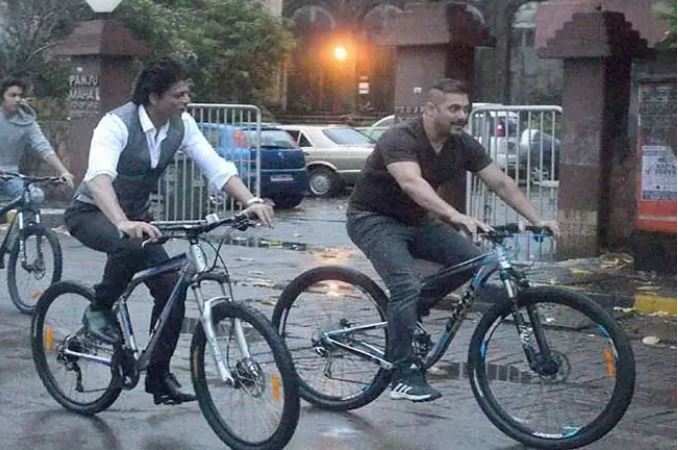 In the throwback pictures, Shah Rukh and Salman are seen taking a ride on their respective bicycles on the streets of Mumbai. The pictures obviously broke the internet when it surfaced.

SRK took to his Twitter handle then and shared the picture with his fans with a caption that read, ‘Bhai bhai on bike bike. No pollution…bhai says “Michael Lal Cylcle Lal.’

In other pictures that surfaced on the internet, one could also see SRK’s son Aryan also riding along with the superstars. Although the pictures are not from World Bicycle Day, it does give us a cue to take up environment-friendly habits, especially when protecting the environment is the need of the hour.

Meanwhile, on the work front, Shah Rukh Khan will reportedly end his sabbatical with Siddharth Anand’s ‘Pathan’. Salman will also be seen making a special cameo appearance in the film where he will help SRK in taking down the baddies. The action movie will also star Deepika Padukone and John Abraham in lead roles.

Salman, on the other hand, has films like, ‘Tiger 3’ with Katrina Kaif. The film will also star Emraan Hashmi in the role of an antagonist. He will reportedly play an ISI agent in the film. The ‘Dabangg’ star also has ‘Kick 2’ with Jacqueline Fernandez and ‘Kabhi Eid Kabhi Diwali’ co-starring pooja Hegde in his pipeline.