GoNewsOn – Anytime Anywhere
Home Entertainment Why have Sonam, Sonu Walia, Antara Mali, Kim Sharma, Kajal Kiran, Farha...
Share
Facebook
Twitter
Pinterest
WhatsApp
Linkedin
Rate this post
Bollywood is never an easy place to be in, in fact, many say that it’s not a place for the faint-hearted at least. Actors come and vanish into thin air in no time – some disappearances are circumstantial, some are self-imposed. What bites is the fact that the industry has been harsh, mainly on actresses. What else can you say when there’s no age limit for our heroes but our heroines have to stop in their tracks once they turn 35 (it was 32, not too long ago). Is that the reason why Sonam (from ‘Vijay’ 1988 and ‘Vishwatma’, 1992), Sonu Walia, Kim Sharma, Kajal Kirron, and many more vanished from the scene without kissing goodbye, so much so that we don’t hear anything about them; literally nothing?

For our #BigStory this weekend, we herewith dwell on the Missing Girls of Bollywood. Let’s try and unravel the mystery of their disappearing act. Where did they vanish and why?

Let’s start with Rameshwari who was last seen in a blink-and-miss cameo in ‘Tell Me O Kkhuda’. So what if we didn’t mention her at the start of this sad story. What a simple but yet enormously gifted actress she is. It would be an insult to her if we were to list down her body of work and say Rameshwari of such-and-such movie fame as per the prevalent current style of writing. Rameshwari, when contacted by ETimes, said point-blank, “Why call me ‘Missing’? You can say ‘Faded away’. I don’t mind.” Missing or faded away, but why? Explained Rameshwari. “Well, I made a conscious decision to not do TV serials which I was flooded with, after my run in the movies. Regressive stuff was being extracted from us, with long working hours, and thus no respect”. 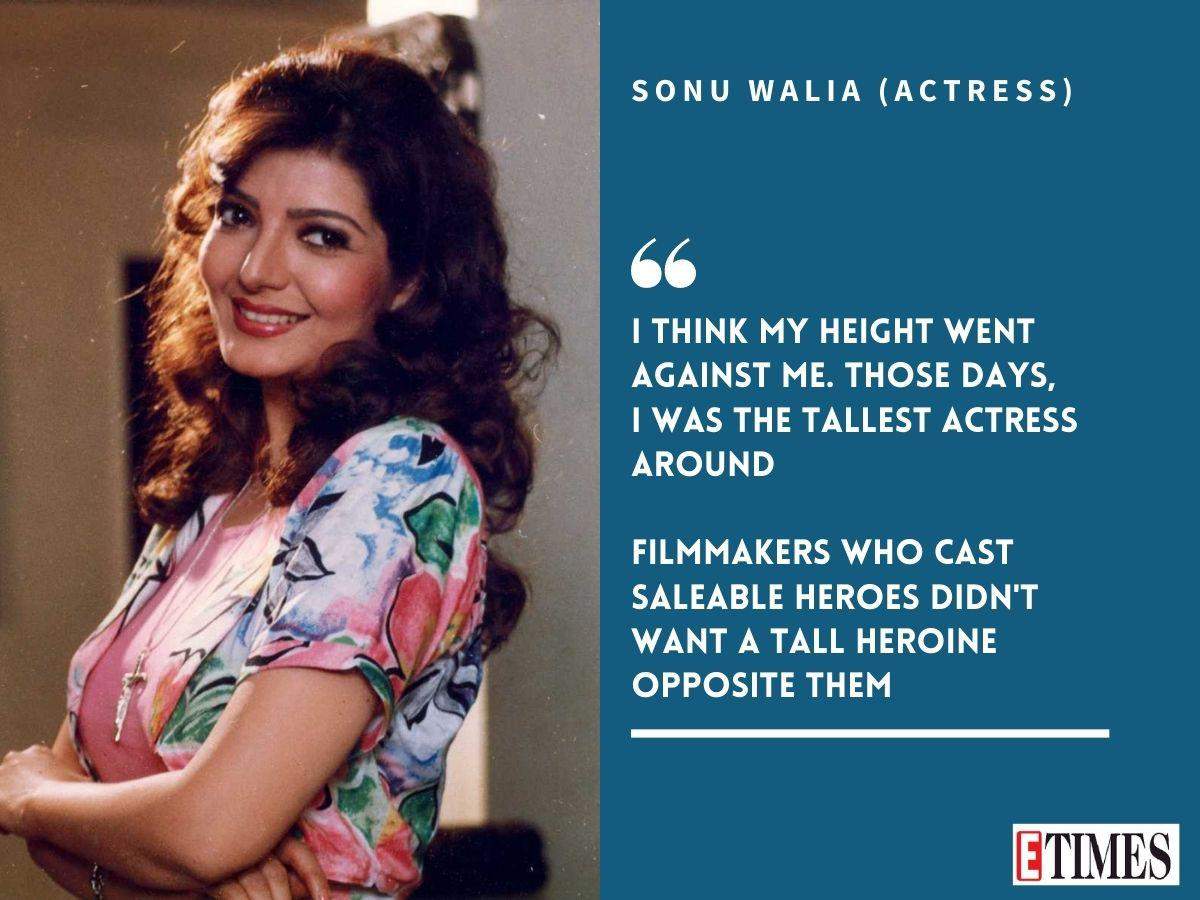 Over to Sonu Walia, who set the screens ablaze in her yellow swimsuit number with Kabir Bedi in Rakesh Roshan’s ‘Khoon Bhari Maang’, seconds after we had settled down in our seats post interval. “I think my height went against me. Those days, I was the tallest actress around. Filmmakers who cast saleable heroes didn’t want a tall heroine opposite them,” Sonu quipped over the phone.

When contacted, Sonam’s ex-husband Rajiv Rai told us, “Look, Sonam is not missing. We married when she was 18. We separated in 2006 and she married again to settle in Ooty. It’s just that she was not much interested in acting. But if she gets a plum role today, I think she will respond.” It seems Bollywood’s leading photographer Dabboo Ratnani is in touch with Sonam. “She is around. The rest of the actresses, I think, prioritised what’s important to them and moved on. Apparently, that makes them happier and allows them to enjoy their personal space”.

On the other hand, yes, there is a flock of heroines from the past who have changed their numbers and nobody has them, not even people who were closely connected to them once upon a time. But is it out of irritation that they have kept a distance? Maybe yes, maybe not. 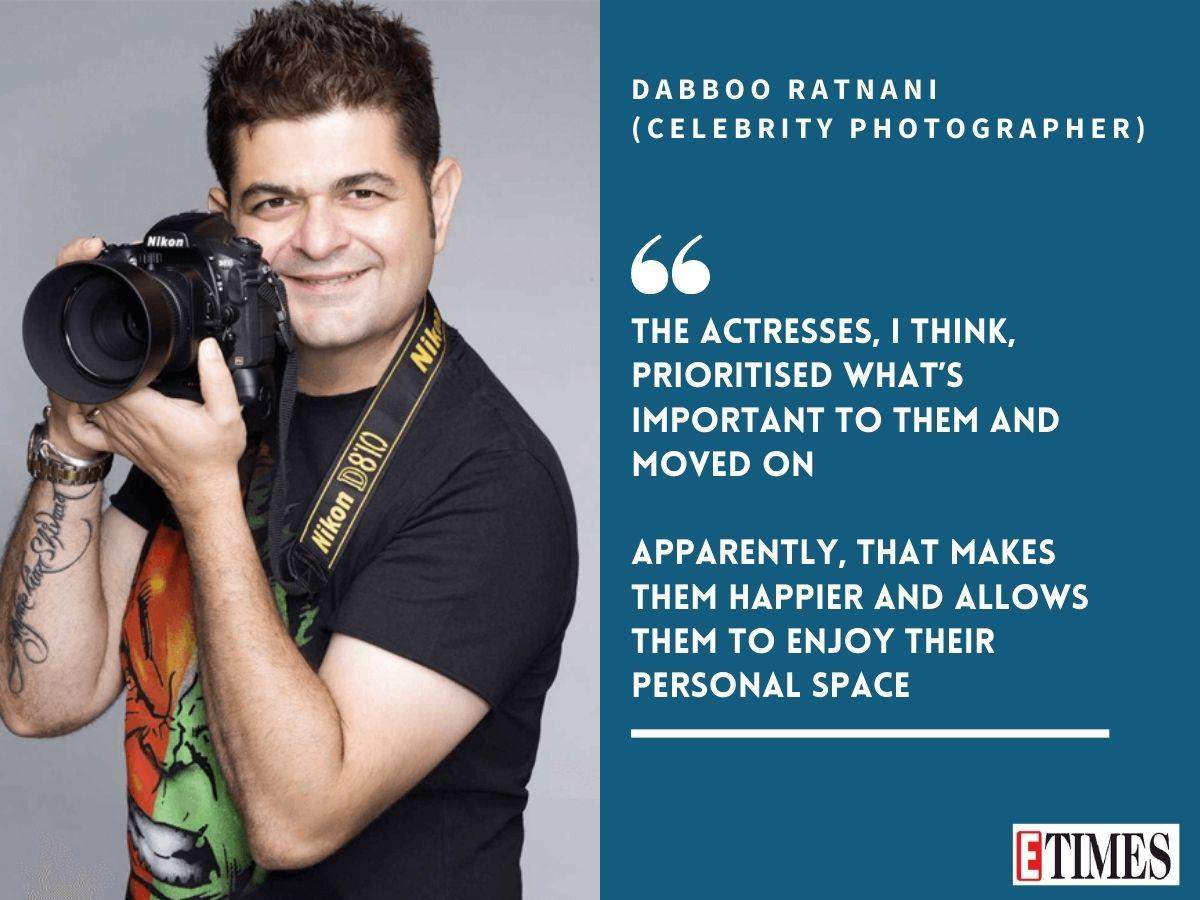 A senior director, who made an acclaimed film with actress Tulip Joshi, says, “I don’t know where she is. I can give you her number, though”. When ETimes dialed Tulip and her live-in boyfriend Captain Vinod Nair, calls to neither of the two went through. An operator resonated on both the 10-digit numbers, “Yeh number bandh hai (The number dialed is switched off).” Hearing this, the director expressed helplessness.

Kim Sharma kahan chhup gayi thi (where had she disappeared) until her romance with Indian tennis champ Leander Paes put the Instagram spotlight on her? Yours truly had bumped into her in 2019 at a party where she entered cosily with Harshvardhan Rane. She had separated from her husband and didn’t want to talk about him. She was in a passionate affair with Rane but didn’t want to talk only about him. She agreed for an interview with the two in the same frame, laying down a condition that we would ask a sufficient number of questions on JP Dutta’s ‘Paltan’ which had Rane in it. But one didn’t need the eyes of a hawk to see that she looked distinctly hurt that she had been written off rather quickly in B-town, her counterparts Preeti Jhangiani and Shamita Shetty getting more work and coverage. “I am now doing a 9-to-5 job,” she told me. But time, as they say, inflicts wounds; COVID happened and the joint interview didn’t.

Kajal Kiran, who made hearts flutter with her maiden vehicle ‘Hum Kisise Kum Nahin’ opposite Rishi Kapoor, went away to the Netherlands after 13 years in movies. Suddenly one day, she got married but did not disclose her spouse’s identity. And before you could blink, she had moved to the Netherlands. Since her retirement, err, disappearance, she has not been seen in public or social media. It has been reported that she has two kids. Ask Danny Denzongpa, who worked with her in ‘Humse Hai Zamana’ about her, and he shoots back, “Sorry, I am not in touch with Kajal. I hope she is fine!” 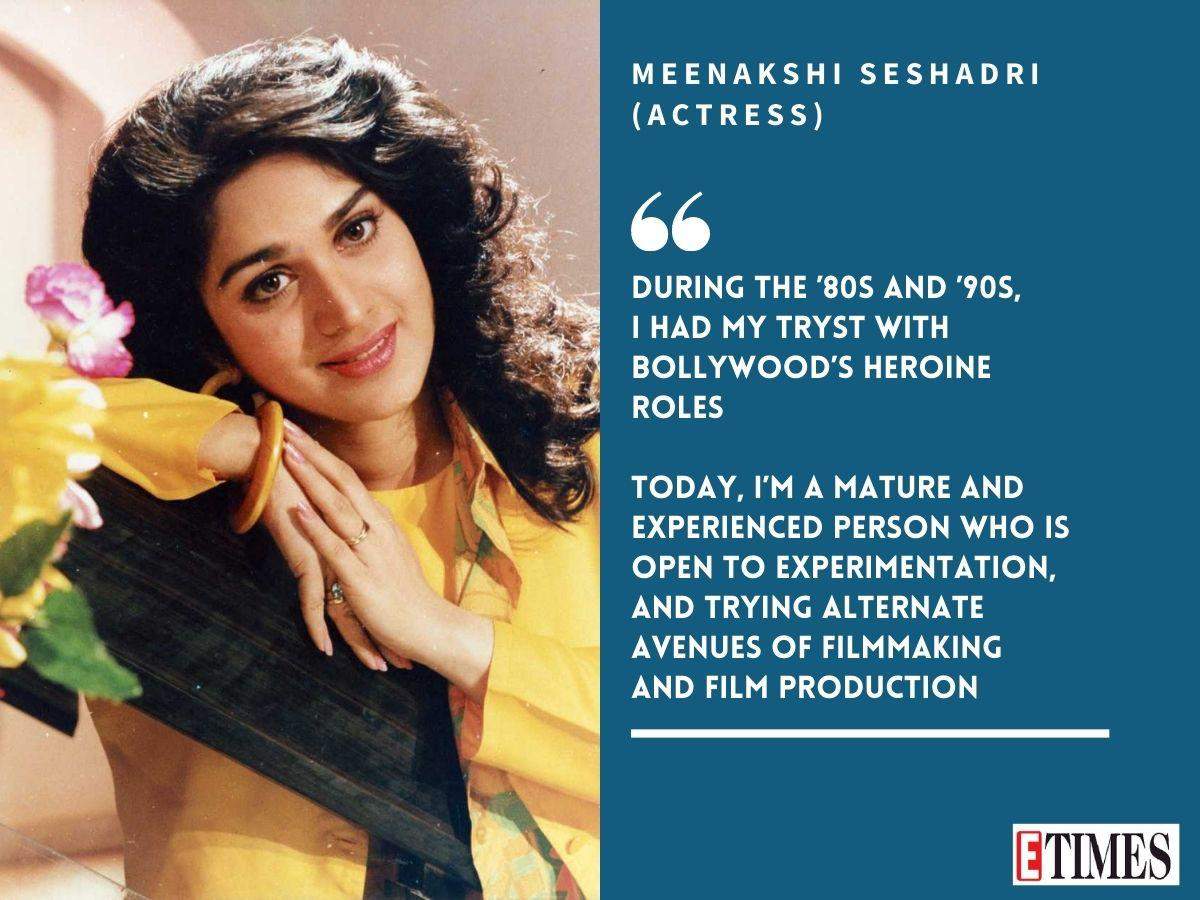 A heroine of yesteryear (name withheld on request) offered, “The girls who have gone missing – A, B or C – have done so for a reason. I think it’s a question of whether the media wants to talk to them or not. It’s not that they want to cloak themselves in a blanket of privacy for 365 days. Does the paparazzi chase Kimi Katkar, Sonam, Tulip Joshi, et al? No, they don’t. But will they chase an actress who has done just one film but she is the mother of a young hero or heroine, who is hot and happening today? Yes, they will. They will chase even a non-actress who is the mother of a young girl who aims to join Bollywood but still hasn’t signed a single film. They know exactly where every actress – present and past – stays and where she steps out during the days but their preferred list does not contain their names. And mind you, these ‘missing’ girls don’t pay certain freelance photographers who handle their social media handles to make them the talk-of-town at least once a week if not twice. Why not reach out to Meenakshi Seshadri instead of calling her ‘missing’ and see the rippling numbers that are generated on the Internet?”

True that! Antara Mali, frequently cast in Ram Gopal Varma’s movies at one point, stands ignored even if she’s pretty active on her Instagram handle. So what if she’s out with her daughter? So what if her brother is getting married?

Honest to our profession, for those who’ve come in late, we, at ETimes, had reached out to Meenakshi Seshadri last week and spoken to her at length. On the subject of leaving obscurity behind and making a return to films she had said, “During the ’80s and ’90s, I had my tryst with Bollywood’s heroine roles. Today, I’m a mature and experienced person who is open to experimentation, and trying alternate avenues of filmmaking and film production.” The response to the interview was phenomenal. 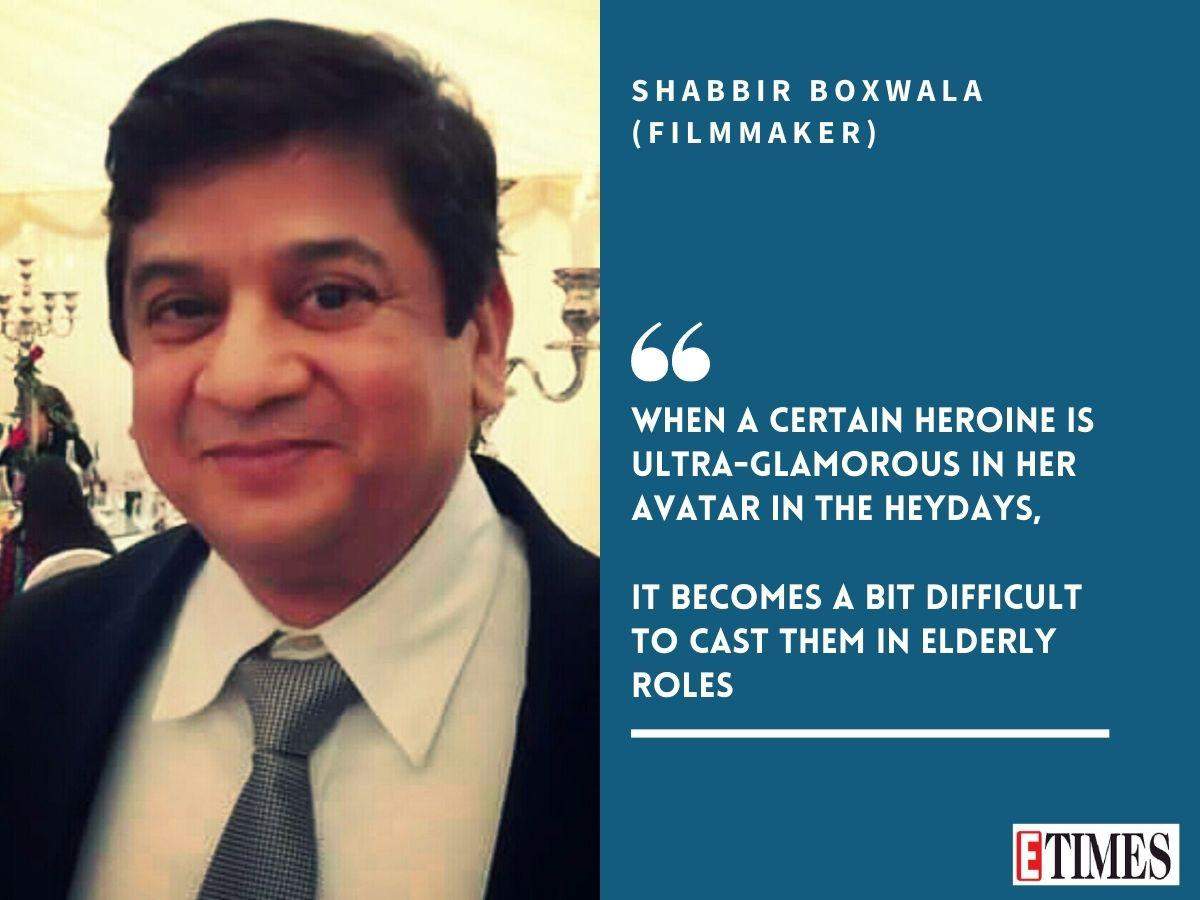 ‘Mohra’ and ‘Gupt’ filmmaker Shabbir Boxwala says that the females who have disappeared into oblivion will have to set up the stage for themselves. Implying that they ought to take some initiative. He adds, “What I mean is that when I asked Rakhee to play Aishwarya Rai Bachchan’s mother in ‘Dil Ka Rishta’ she was immediately game for it. But, I remember asking Sonam for a mother’s role and she told me that she was ready but only if her on-screen daughter would be played by Alia Bhatt.”

Boxwala further adds, “When a certain heroine is ultra-glamorous in her avatar in the heydays, it becomes a bit difficult to cast them in elderly roles. By this I mean, that their set, the previous image works against them.”

Veteran producer Pahlaj Nihalani thinks that it is indeed the glamorous lot that fades out quickly and undeservingly, thereby endorsing Boxwalla in a way. “Girls outnumber boys when it comes to new entrants. The roles are not too many. The drop-out race per cent in the female category is therefore higher. But mind you, I won’t call it a mistake that they make by adopting the glam avatar. It’s a choice that they make which also often helps them to run a pretty good race in their initial days, which, at times, is quite envied by their counterparts. 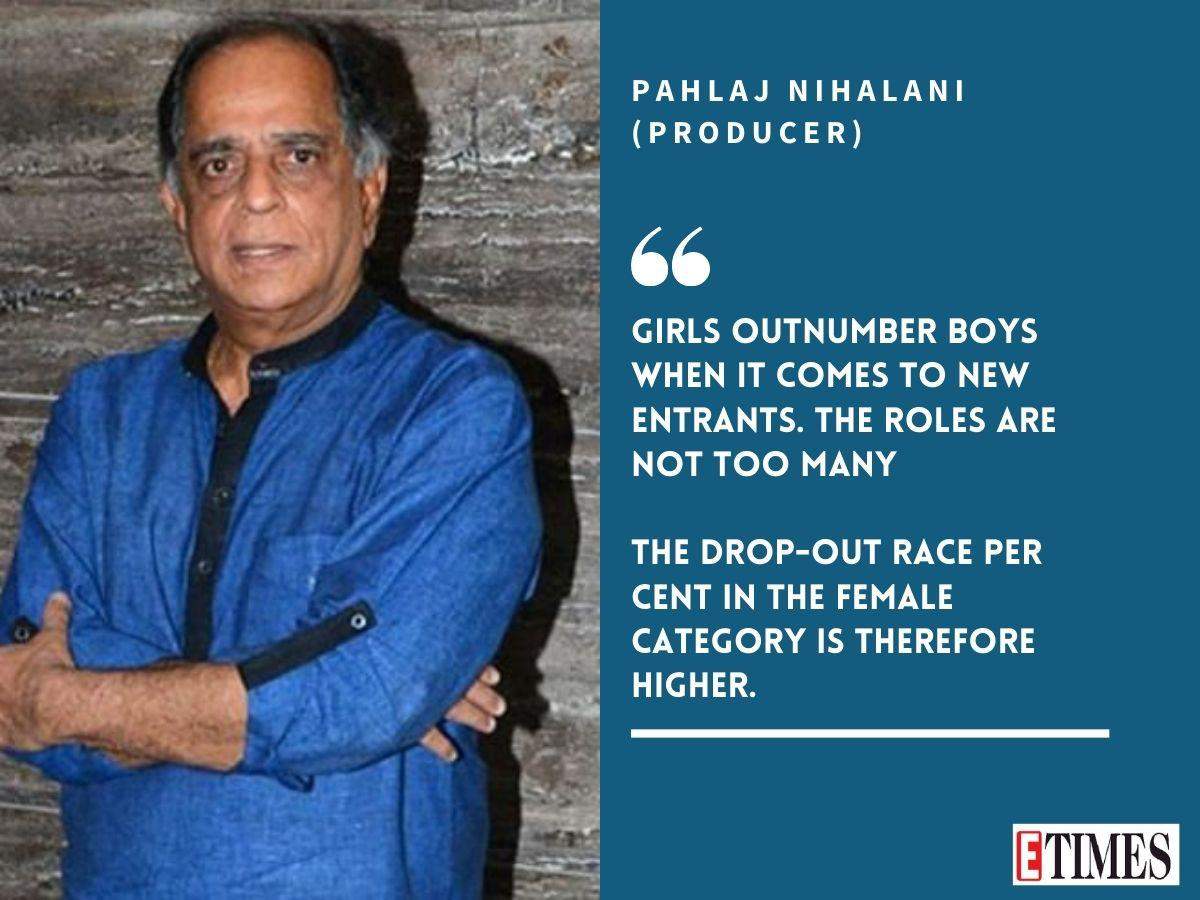 Time, they say, is a healer. But time can also be cruel and inflict wounds that are difficult to heal. So, the ‘missing girls’ are visibly hurt at the shallowness that prevailed around them to sink them to depths from where they were written off as ‘cannot be traced’. Add Tabu’s sister Farha, the ‘Tum Bin’ girl Sandali Sinha and the Ram Gopal Varma camp girl Nisha Kothari (married and presumably happy). The list is actually longer.

Anybody writing roles of mothers for anybody today? The only exceptions being Neena Gupta and Ratna Pathak Shah. It’s certainly not a viable trend, and the exceptions are too few. Anybody out there who disagrees?

Finally, RGV (as Ram Gopal Varma is fondly called) refused to respond on whether he’s in touch with Antara and Nisha. Just two names, like so many others, that have just vanished from public memory.