GoNewsOn – Anytime Anywhere
Home Entertainment When Ranveer Singh gave a shoulder rub to Salman Khan on the...
Share
Facebook
Twitter
Pinterest
WhatsApp
Linkedin
Rate this post
Ranveer Singh had dropped in on the sets of Remo D’Souza’s ‘Race 3’ and his pictures with Salman Khan and others had gone viral on the internet. We got hold of one of those pictures where the ‘Padmaavat’ actor is giving a shoulder rub to the ‘Dabangg’ Khan. 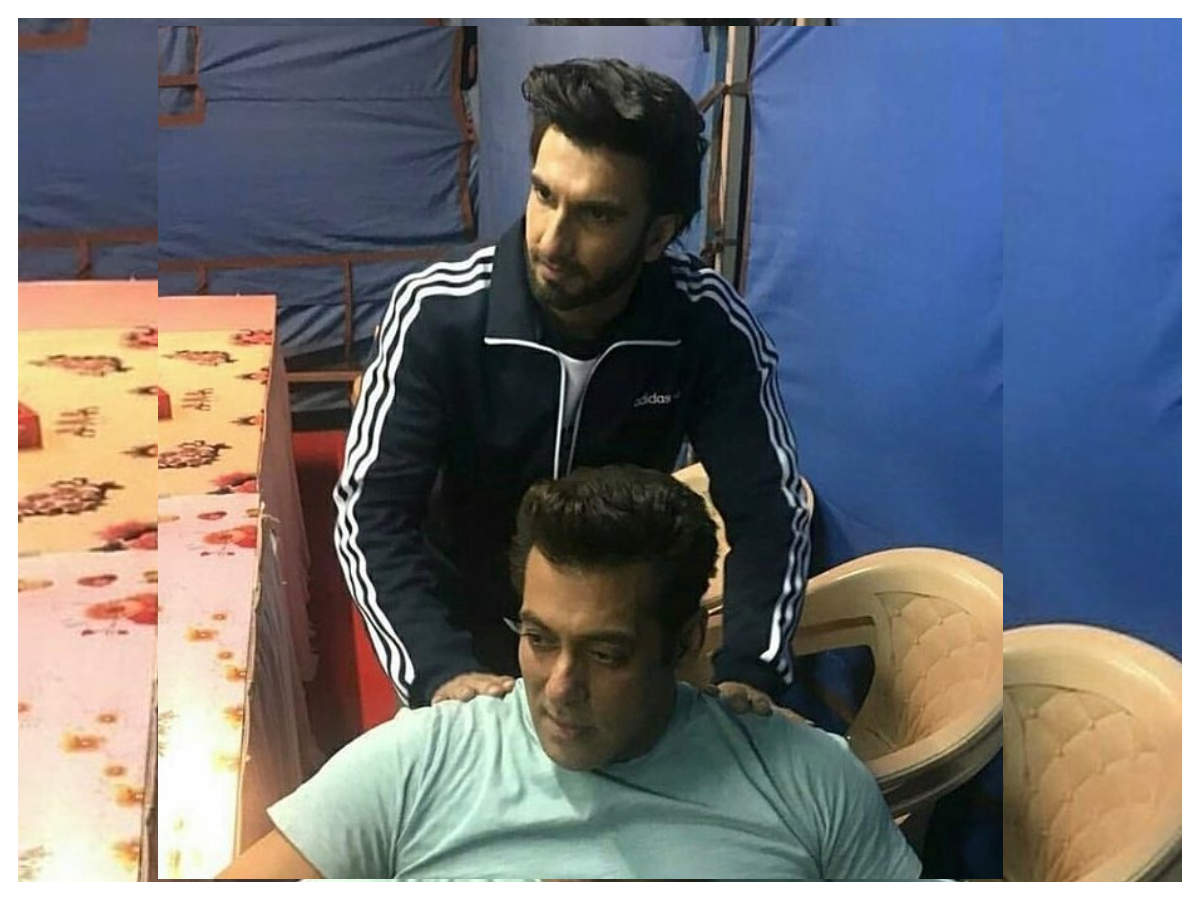 In the picture, Salman is seen getting his shoulders massaged by Ranveer Singh. Dressed in a plain t-shirt and grey pants, the ‘Radhe’ star looked dashing as ever. Ranveer, on the other hand, looked handsome in his white tee, black pants and matching jacket.

Another picture of Ranveer posing with Salman, Remo and Ramesh Taurani also did rounds on social media. Tweeting the picture, the producer had captioned, ‘@RanveerOfficial visits the set of Race bringing with him a riot of laughter always @BeingSalmanKhan @remodsouza @tipsofficial #FriendsOfRace #Race3 #Eid2018’

The pictures of the actors made their fans wish for them to work together someday. However, they are yet to share the screen space in a film.

Meanwhile, on the work front, Salman is currently awaiting to resume shooting of Maneesh Sharma’s ‘Tiger 3’. The third instalment of the action franchise will also star Katrina Kaif and Emraan Hashmi in lead roles.

Apart from this, Salman also has films like, ‘Kick 2’ with Jacqueline Fernandez and ‘Kabhi Eid Kabhi Diwali’ with Pooja Hegde. The superstar will also be seen in Mahesh Manjrekar’s ‘Antim’ with Aayush Sharma.

Ranveer, on the other hand, is awaiting the release of ‘’83’ where he will be seen essaying the role of Kapil Dev. The film also has Deepika Padukone, who has also co-produced the movie.

Ranveer will also be reuniting with his ‘Simmba’ director Rohit Shetty for ‘Cirkus’ where he will be seen sharing the screen space with Jacqueline Fernandez, Varun Sharma and Pooja Hegde in lead roles.

The ‘Gully Boy’ actor has also been roped in by Karan Johar for his next directorial venture ‘Rocky Aur Rani ki Prem Kahani’. The actors will also be seen in his the director’s period drama, ‘Takht’.