GoNewsOn – Anytime Anywhere
Home Entertainment THIS picture of Kareena Kapoor and Saif Ali Khan cutting a giant...
Share
Facebook
Twitter
Pinterest
WhatsApp
Linkedin
Rate this post
Bollywood’s power couple Kareena Kapoor and Saif Ali Khan had tied the knot in a low key register marriage in 2012, followed by a grand celebration at a five star hotel in Mumbai. And a rare picture from their wedding is going viral on the internet. Newlyweds Saif and Kareena Kapoor Khan are seen cutting a multi-tiered cake while Saif’s son Ibrahim Ali Khan is snapped in the background. 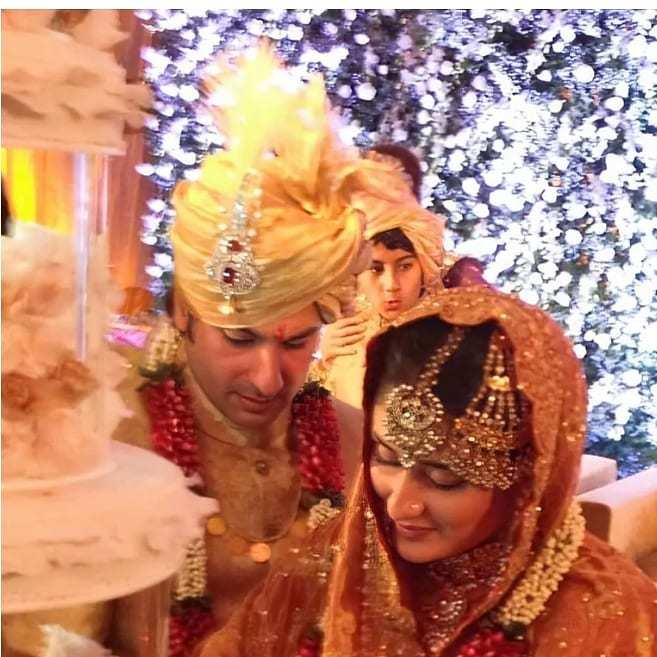 Bride Kareena Kapoor Khan decked up in a traditional sharara which was worn by her mother-in-law, Sharmila Tagore, for her own wedding in 1962. Bebo perfectly accessorized her look with a statement choker, a maang tikka and a passa. Saif Ali Khan looked every bit royal in a white and gold sherwani and a turban. Saif and Kareena’s glamorous wedding reception was attended by who’s who of Bollywood, while Saif’s daughter Sara Ali Khan also attended the celebration. Saif and Kareena turned parents to Taimur Ali Khan in December 2016 and in February this year, the couple welcomed a second boy. Saif and Bebo are yet to reveal the name of their second born.

On the work front, Kareena Kapoor Khan will soon be seen alongside Aamir Khan in ‘Laal Singh Chaddha’, which is scheduled for release in December this year. Bebo extensively shot for this film while she was pregnant with her second son last year. On the other hand, Saif Ali Khan has an interesting list of films lined up for release. He will be seen in horror drama ‘Bhoot Police’ with Arjun Kapoor, Yami Gautam and Jacqueline Fernandez. Saif also has ‘Adipurush’ with Prabhas and Kriti Sanon. The actor has also been ruling the digital space with his web series like ‘Sacred Games’ and ‘Tandav’.