GoNewsOn – Anytime Anywhere
Home Entertainment THESE pictures of John Abraham with his wife Priya and their pet...
Share
Facebook
Twitter
Pinterest
WhatsApp
Linkedin
Rate this post
John Abraham and his wife Priya Runchal are one of the most loved couples in Bollywood. They rarely attend social events and mostly keep a low profile. However, when they do make a public appearance, they make heads turn.
Today we got our hands on some super adorable pictures of the couple with their fur buddy and it is simply too sweet for words. 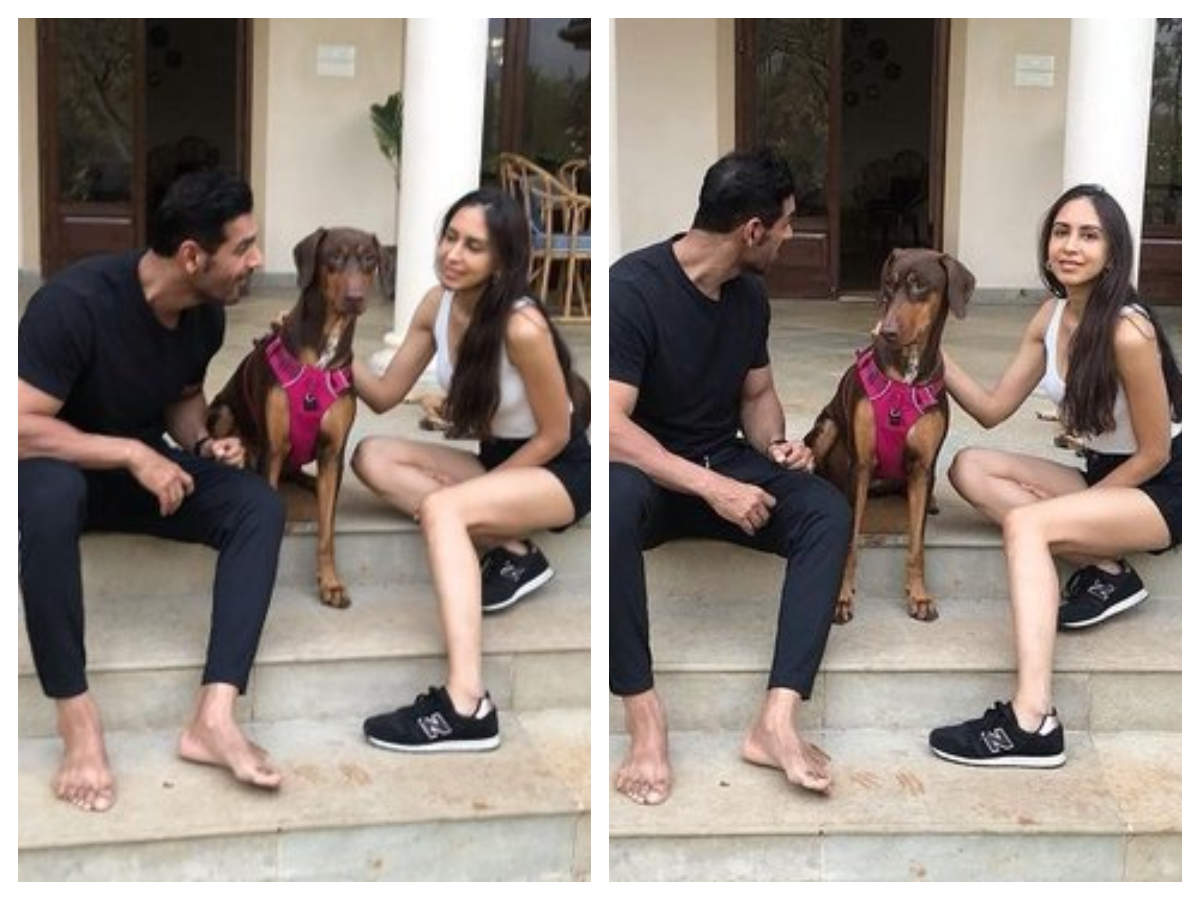 While John looks dashing as ever in his all-black attire, Priya looks stunning in a white top, black shorts and matching shoes. The couple is seen posing with their pet dog.

John and Priya tied knots on January 3, 2014 in a private ceremony. John used Twitter to make the announcement when he signed the tweet as “John and Priya Abraham”. There were also rumours about the couple splitting up but John broke the silence again and denied all the speculations. And currently, the couple is enjoying their cute and happy married life.

Meanwhile, on the work front, John will next be seen in Siddharth Anand’s ‘Pathan’ where he will be seen sharing the screen space with Shah Rukh Khan and Deepika Padukone for the first time.

John also has films like, ‘Attack’ and ‘Satyameva Jayate 2’ in his pipeline.