GoNewsOn – Anytime Anywhere
Home Entertainment Sushmita Sen’s daughter Renee expertly avoids all questions about her ‘boyfriend’ |...
Share
Facebook
Twitter
Pinterest
WhatsApp
Linkedin
Rate this post
Sushmita Sen’s daughter Renee is quite active on social media and she recently conducted an Ask Me Anything session on Instagram. Fans of Renee curiously asked her a whole lot of questions about her love life and the aspiring actress, expertly managed to avoid it all. When a fan asked if she has a boyfriend, Renee hinted that she was single and replied, “Focus is work”. 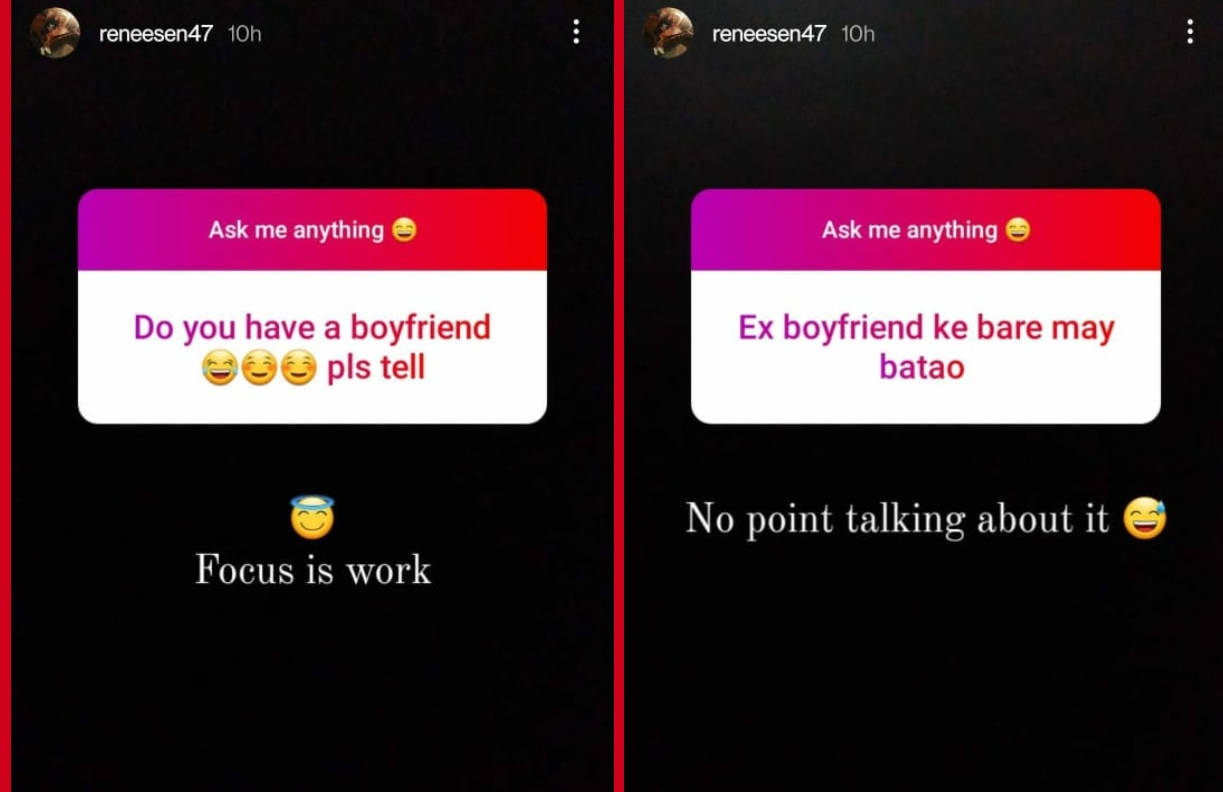 Another user went on to ask Sushmita Sen’s daughter to spill the beans about her ex-boyfriend and she quipped, “No point talking about it”. And finally when Renee was asked about her ‘future boyfriend’, she quirkily replied, “I wish I could time travel to answer this.”

Renee is gearing up for a career in films and marked her acting debut with a short film titled ‘Suttabazi’. In an interview earlier this year, Renee had expressed that being Sushmita’s daughter has been the biggest privilege and that according to her, it will be the biggest disservice if she is dishonest with her work.

Gautam Gulati: Only one man came forward to help me and...