GoNewsOn – Anytime Anywhere
Home Entertainment Sushant was fascinated with machines, that’s why I suggested to not quit...
Share
Facebook
Twitter
Pinterest
WhatsApp
Linkedin
Rate this post
Even after a year, Navya Jindal says it is still difficult for him to come to terms with Sushant Singh Rajput’s death. Navya, who was Sushant’s school friend, says, “I still keep thinking it’s a nightmare. In the last two decades, he has been a constant source of energy and happiness in my life. After Sushant became famous and got busy with films, our regular chats may have reduced, but both of us knew that out there we have a friend who will always be there for us.”
Remembering their school days, he says, “Both of us were new to Delhi when we took admission in Class XI in Kulachi Hansraj Model School. I came from Ujjain to study in Delhi and he was from Patna. In our introduction class, when I said that I was the basketball captain in my former school, Sushant looked at me and said, ‘I want to learn to play basketball.’ And we just clicked. During our school days, we used to be together all the time. Sushant was staying in Mukherjee Nagar alone, and every day after school, he used to come to my place as we were preparing for IIT and AIEEE (All India Engineering Entrance Examination). We used to end up spending all our time together from 7.30am to 9pm. After Class XII, Sushant decided to drop a year and stayed back in Delhi to prepare for AIEEE, and I left Delhi.” Navya, who is a computer engineer, adds, “Sushant ki khaasiyat thi ki woh jo karne ka soch leta tha, woh kar leta tha. He had this fascination for machines and was full of curiosity to know and understand everything. It was because of his love for machines that he took admission in Mechanical Engineering at Delhi College of Engineering (now DTU). He didn’t just clear AIEEE but got a good rank as well. I knew how much he loved science and when he decided to leave it for acting, I thought maybe that is not the best thing to do. But when Sushant had performed at the 2006 Commonwealth Games in the Shiamak Davar group (as one of the background dancers in Aishwarya Rai Bachchan’s performance), it opened a new world to him. I remember he was so excited about it. He had participated in dance and drama in school and college, but after that performance, he started toying with the idea of pursuing acting.” 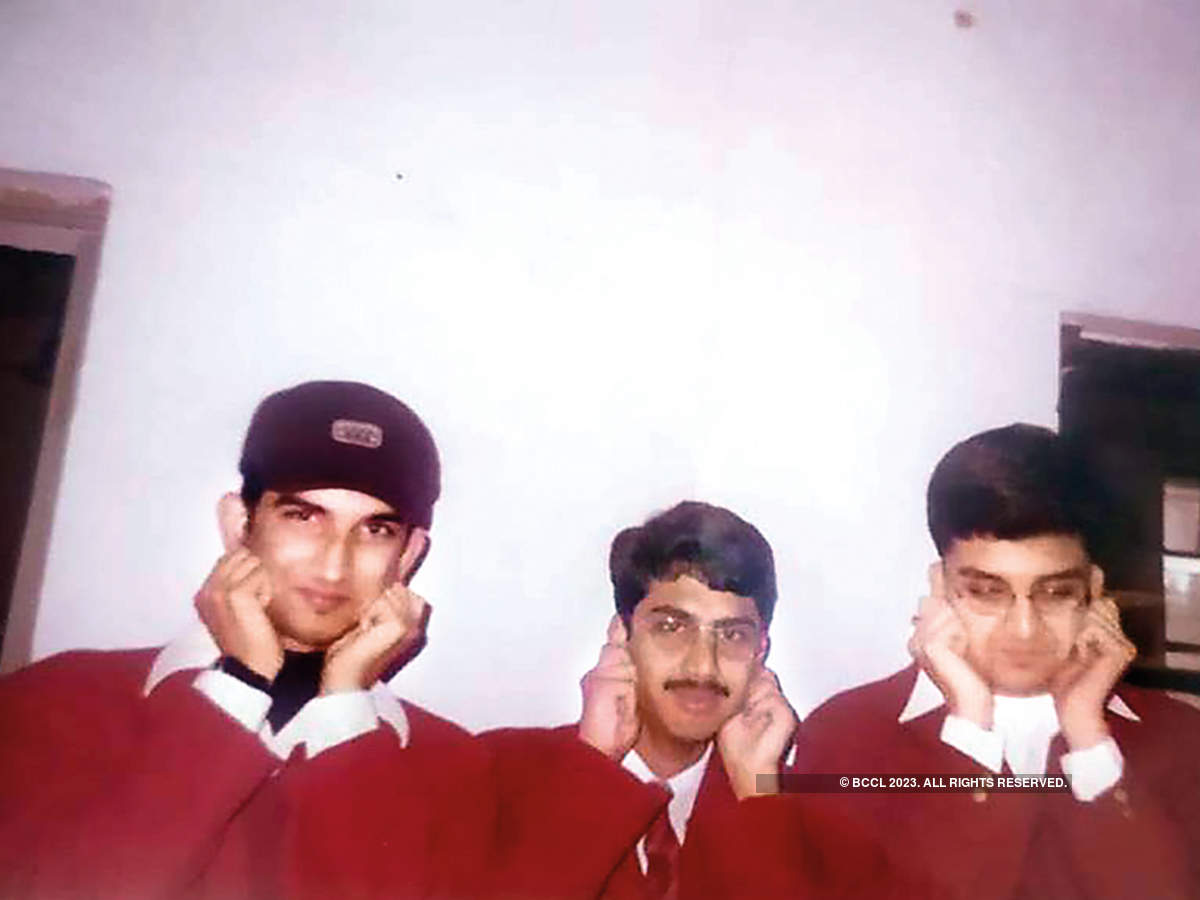 About Sushant’s decision to quit engineering, Navya shares, “In 2007 he suddenly came to Ujjain, and told me that he wants to quit engineering and go to Mumbai to become an actor. I must admit that I advised against it. I told him to finish the engineering course and then decide. He asked me, ‘Engineering kar ke main karunga kya? Mujhe ye karne de, agar kuch nahi kar paya toh main Ujjain aa kar kaam karunga tere saath. Let me give it a shot.’ Thank god he didn’t listen to me! Woh aisa hi tha, karna hai toh karna hai. Anybody who understands what it takes to crack AIEEE, get a good rank and admission in DCE, and then deciding to quit it in 2.5 years when you are so close to getting your degree, would know that it takes guts. He left all that he achieved to restart his struggle in a new field, it is not easy for anyone. Even during our school days, he was always so determined, had big dreams, was always jovial and full of energy. I used to think that he was doing great in life, much better than he had ever imagined or any of us ever imagined for him.” 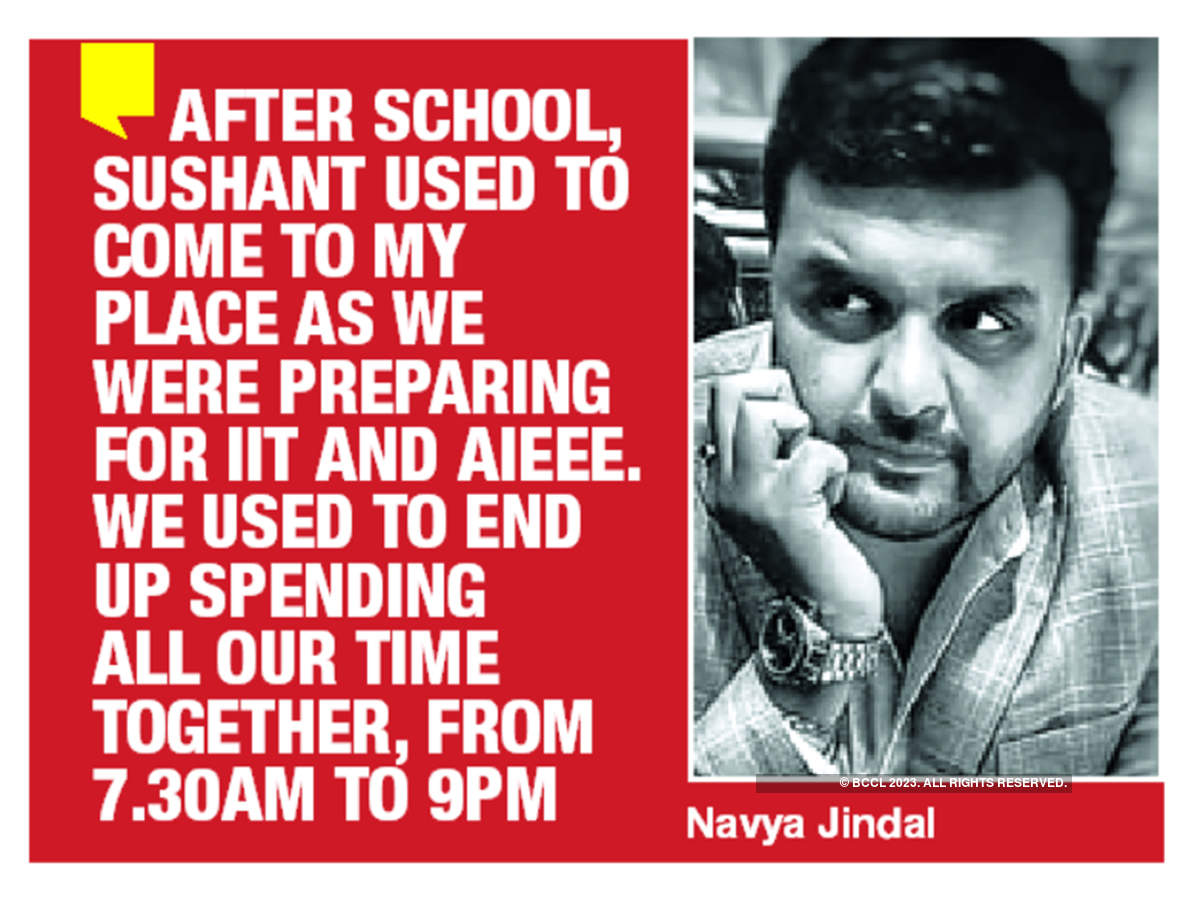 Recalling his last phone call with Sushant, he says, “It was on his birthday last year. He seemed happy and was in good

spirits as always. My only regret is that I assumed that Sushant is so busy and happy in his life that it’s better to not disturb him. I keep thinking that had I been in regular touch, I may have been able to help him. The place he had in my life and what he meant to me, I cannot give that to

The Reason Why He Won’t Cut His Mullet – Hollywood Life