GoNewsOn – Anytime Anywhere
Home Entertainment Suhana Khan looks ultra-glamorous in a strapless blue bodycon maxi dress as...
Share
Facebook
Twitter
Pinterest
WhatsApp
Linkedin
Rate this post
Suhana Khan never fails to impress the onlookers with her style and grace. The young diva recently treated her fans on Instagram with a drop-dead gorgeous picture of herself that is sure to make your jaws drop. 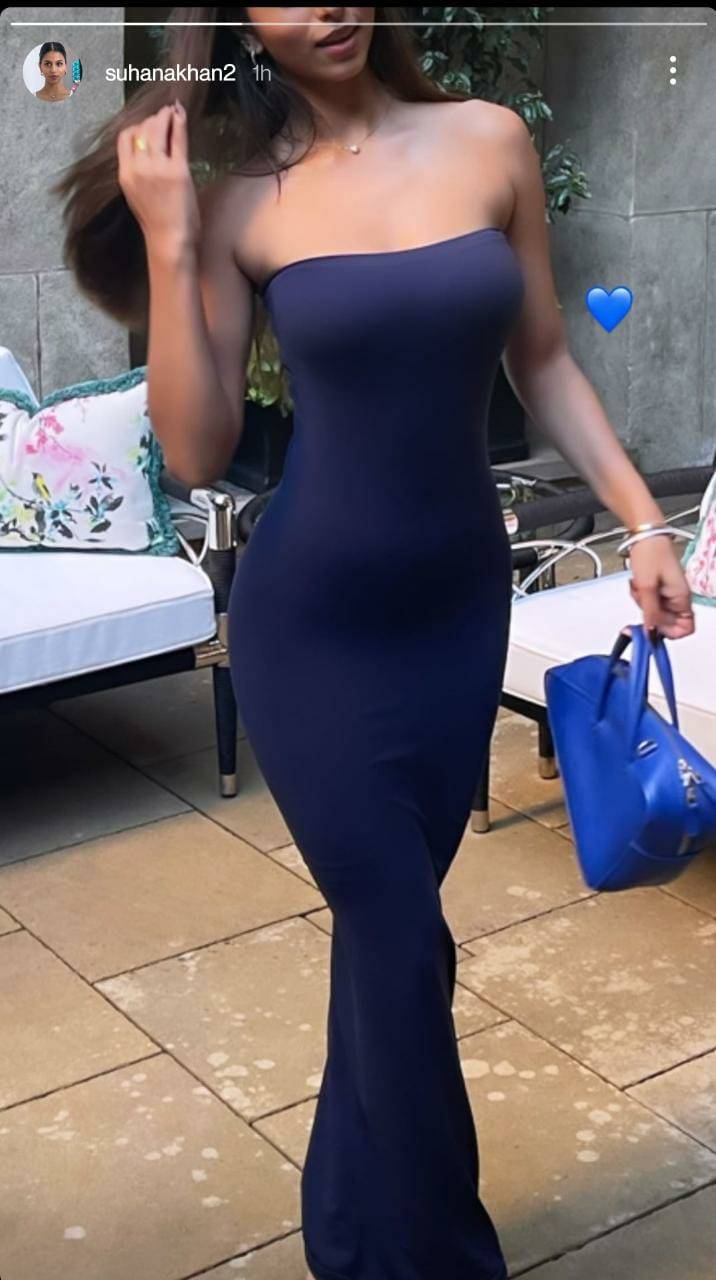 Dressed in a strapless blue body-con maxi dress, Suhana looked ultra-glamorous in the picture as she showed off her slender figure. She completed her overall stunning look with a delicate pendant and a blue handbag. She is seen playing with her hair as she got clicked candidly. The star daughter was all dolled up to party with her friends.

One of her friends shared a glimpse of their fun time together. Dressed in their best, they are all seen posing goofily for the pictures at the party.

Check out some of the pictures here:

Suhana is yet to make her Big Bollywood debut but she has already garnered quite a fan following on social media. The star daughter recently made her Instagram public where she shares some stunning pictures and videos of herself and her followers just cannot have enough of the gorgeous diva.

The young Khan girl also shared a glimpse of her acting prowess in a short film she shot for her college. The film was named, ‘The Grey Part of Blue’. She received quite some appreciation for her performance in the movie.

The star daughter is clear that she wants to get into show business like her father Shah Rukh Khan, unlike her big brother Aryan Khan who is apparently not so keen to be in front of the camera. Suhana is currently completing her studies in the US. Although a lot of stories about her launch in Bollywood have been making the rounds on social media, nothing has been officially confirmed.