GoNewsOn – Anytime Anywhere
Home Entertainment Riddhima Kapoor Sahni remembers late father Rishi Kapoor as she shares a...
Share
Facebook
Twitter
Pinterest
WhatsApp
Linkedin
Rate this post
Rishi Kapoor and Neetu Kapoor’s daughter Riddhima Kapoor Sahni is quite active on social media. She is often seen sharing updates about her daily routine and throwback pictures with her parents on Instagram. Recently, she took to her Instagram story and shared a throwback picture with her late father.

In the picture, the veteran actor can be seen wrapping his arms around her daughter and striking a pose for a happy selfie. Riddhima shared the picture along with heart emojis. Have a look: 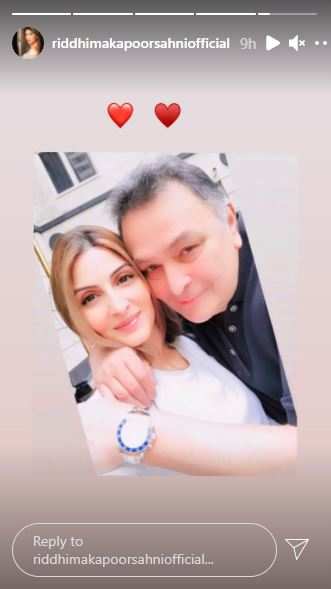 Riddhima also shared a throwback picture with her mother and mentioned that she cannot wait to see her. The picture also featured her husband Bharat Sahni. She wrote, “Can’t wait to see ya” and tagged Neetu. To this, Neetu replied, “Me toooo” followed by heart emojis. 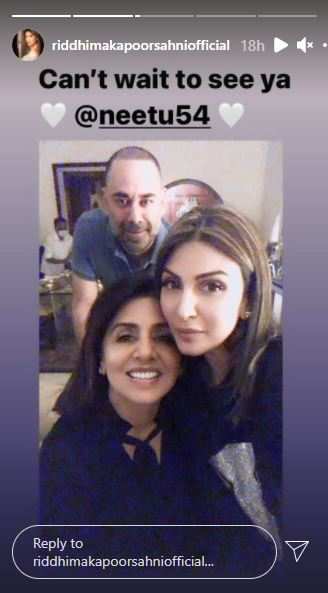 Meanwhile, Riddhima recently interacted with ETimes and spoke about getting an advantage as a star kid. On being asked if she feels she got advantage while launching her brand since she is a star kid, she replied, “Advantage kya hota hain (What’s advantage)? We have grown up with the name and have got used to it. Besides, you might get a lot of eyeballs due to your family name when you are starting a brand, but later the brand speaks for itself. If I were to become an actress, I’d be told that it was a given since my family is into films. Ranbir, Karisma, Kareena are star kids but their work has spoken for itself; their success comes purely from their talent. They are superstars only because they are great at what they are doing.”

She further added, “Whether you do acting or fashion or anything else, even a star kid has to have to do something in life. People are going to talk irrespective of what you do, the best you can do is do your job and let it do the talking.”