GoNewsOn – Anytime Anywhere
Home Entertainment Rhea Chakraborty talks about ‘healing’ as she attempts a tough yoga asana...
Share
Facebook
Twitter
Pinterest
WhatsApp
Linkedin
Rate this post
Rhea Chakraborty is the latest Bollywood actress to indulge in Yoga. Sharing a picture of herself attempting the tough Chakrasana, Rhea captioned it as ‘healing’. The actress rocked stylish grey and blue athleisure and thanked her close friend Samiksha Shetty for supporting her Yoga outing. “I’m lucky to have my best friend as my Yoga Guru,” wrote Rhea. 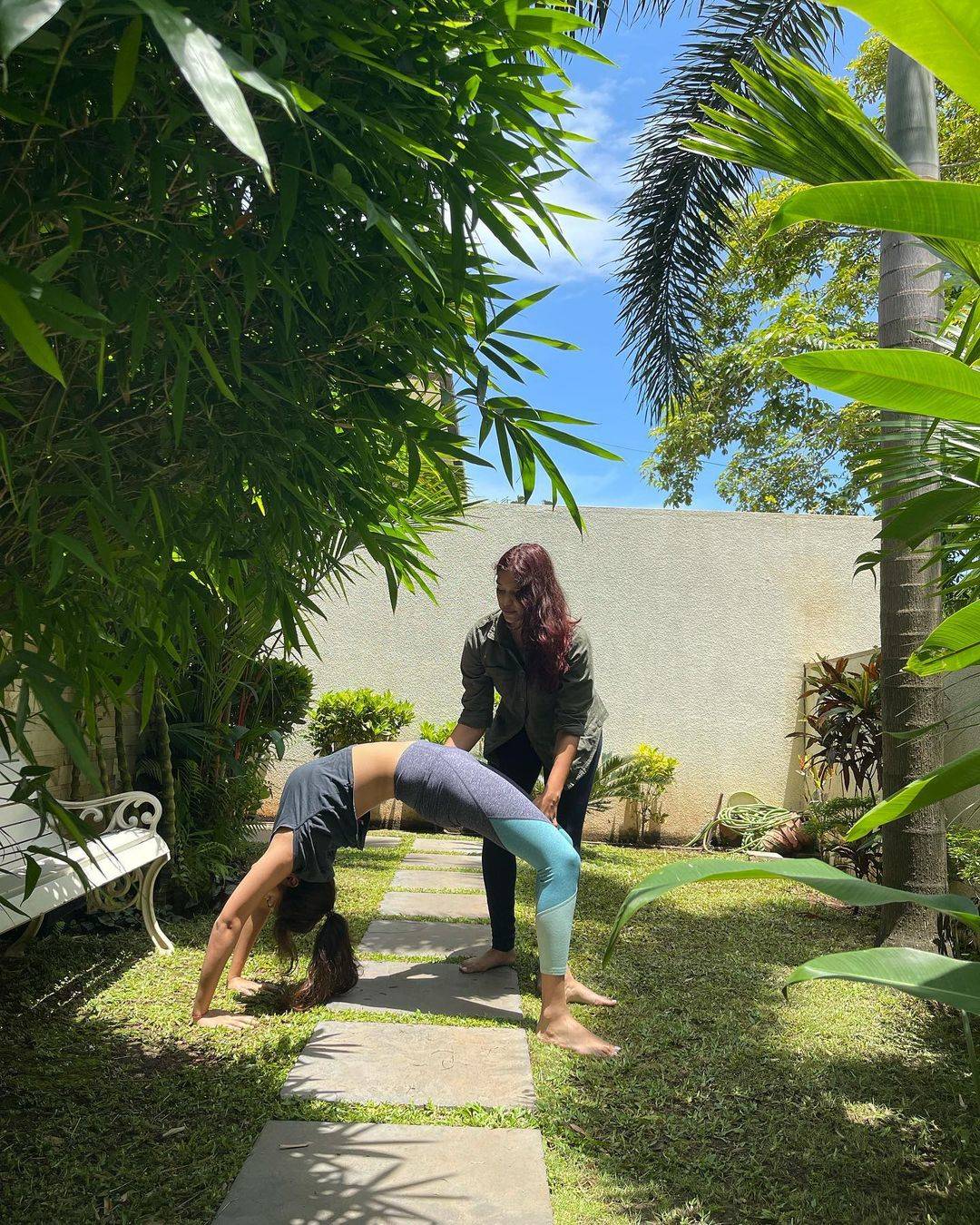 On July 1 Rhea Chakraborty turned a year older as she marked her 29th birthday. Thanking everyone for the wishes, the actress stated that everyone’s love has been helping her heal from the personal loss of Sushant Singh Rajput. Rhea wrote, “Thank you for all your amazing birthday wishes and love, your love is healing.. keep it coming.” The actress had hit headlines last year when her boyfriend Sushant Singh Rajput was found dead at this Bandra residence. Since then Rhea Chakraborty has been through several rounds of questioning and has refrained from indulging in social media, rarely sharing anything on Instagram.

On the work front, Rhea will soon be seen in Amitabh Bachchan and Emraan Hahsmi starrer ‘Chehre’. The film was scheduled to release this year but has been delayed due to the pandemic. Rhea Chakraborty has also been reportedly offered a lead role in a mythological film. A source revealed, “This would be a massive project with a unique and different take on Mahabharata and the character of Draupadi. The world that it will be set in will be modern and contemporary, something that hasn’t been done before. The role of Draupadi has been offered to Rhea Chakraborty and she is considering it currently. The discussion is very initial though.”

Kaiju No. 8 Chapter 42 Release Date and Time, Countdown, When...