GoNewsOn – Anytime Anywhere
Home Entertainment Ranbir Kapoor arrives at Dilip Kumar’s residence to pay his last respects...
Share
Facebook
Twitter
Pinterest
WhatsApp
Linkedin
Rate this post
The entire nation is mourning the demise of iconic actor Dilip Kumar, who passed away today at 7.30 am. Tributes are pouring in on social media and celebrities are also seen arriving at Dilip Kumar’s home to pay a homage to the legend. Ranbir Kapoor was spotted arriving at Dilip Kumar’s Bandra residence to pay his last respects to the legendary actor. Dressed in black, Ranbir was snapped speaking to a police official before he headed inside to offer condolences to Saira Banu. 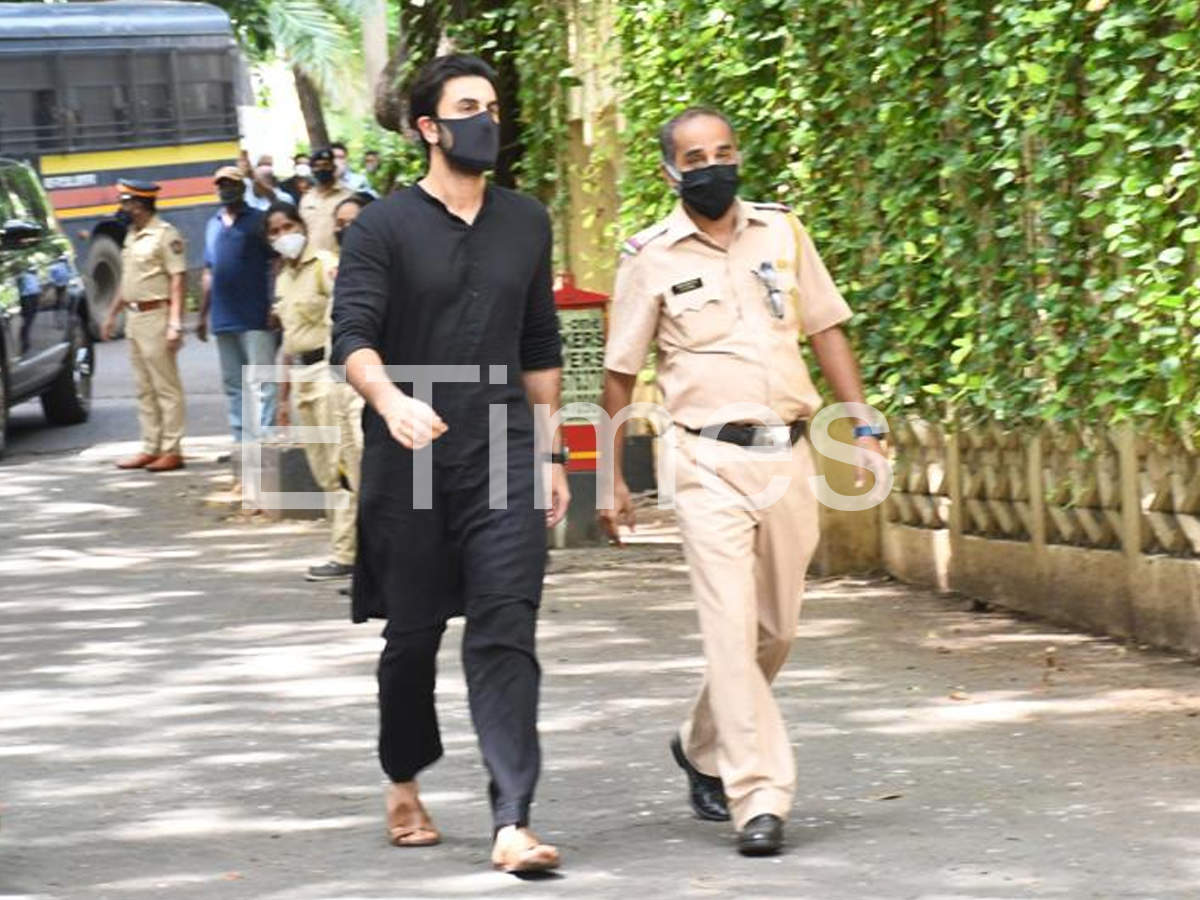 Previously, Shah Rukh Khan was seen arriving at Dilip Kumar’s residence, he shared a close bond with the actor and his wife Saira Banu. The actor was seen consoling a heart-broken Saira Banu. Vidya Balan and Dharmendra were also snapped arriving at Dilip Kumar’s residence. Fans of Dilip Kumar gathered outside the hospital where the ‘tragedy king’ passed away and the Mumbai police formed a human chain so that his mortal remains could be taken to his residence. Dilip Kumar will be laid to rest at 5pm today at the Juhu Qabrastan in Santacruz, Mumbai.

Remembering the icon, Alia Bhatt penned a tribute for Dilip Kumar on social media and wrote, “The power of his being lies in his unmatchable body of work. Every time I have watched him portray legendary characters I felt like I was being swept away and yet being educated. Educated by his nuances, his silences, his unparalleled depth and his sheer aura. He will always be the gold standard for actors to imbibe from… the cultural world just lost its shine but the legacy of his light lives on forever. Rest in peace Dilip Saab.”