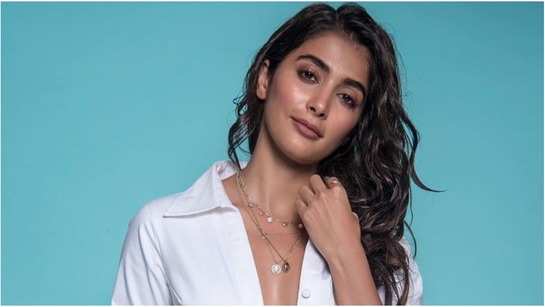 When the recent lockdown was announced at the beginning of April, Pooja was in the midst of completing a host of professional commitments. One of the projects she was working on was Rohit Shetty’s Cirkus, a take on Shakespeare’s Comedy of Errors, which also features Ranveer Singh, Jacqueline Fernandez and Varun Sharma in key roles.

Talking about it, Pooja says, “It’s been amazing to be on the set of this film. I was almost always laughing, because there was something or the other happening all the time. I don’t think I have laughed so much on the set of a film. It would feel like I am in the middle of a party, and work was just happening on the side. That is the beauty of the equation we all shared. The energy and the vibe of the set were so good. Irrespective of whether a film does well or not, it stays with you. What stays even longer is the experience or the memory of shooting that film. If that experience is not fun, then you should ask yourself why you were even there. The

Talking about Ranveer Singh, who is known for his high-energy levels, Pooja says, “If I could take something from him, I would borrow his energy and also his power of observation. He’s extremely sharp and doesn’t miss anything. I am an introvert, and Ranveer is the exact opposite. Sometimes, I wish I could be like him — energetic and a fabulous talker. His sense of humour is superb.”

Soon after Cirkus, Pooja is expected to kick off another entertainer — Kabhi Eid Kabhi Diwali — which is written and directed by Fahad Samji. The film will feature her opposite Salman Khan for the first time. “I’ve worked with several superstars before. The thing is, each time that I thought or worked with an assumption that my co-actor might be a certain way, I’ve always been wrong,” she says, adding, “They’ve always turned out to be pleasantly different. They’ve put me at ease and made me very comfortable on the set. So now, I just get into the film and see how it goes. There’s no overthinking.”

She adds, “Honestly, I don’t know how to interact with Salman sir and I have not thought of it. Even working with someone like Hrithik Roshan in Mohenjo Daro, who I have had a crush on since the time I was in school, was a great experience. It was easy to work with him because he was extremely friendly. These things are difficult to predict. What I have really liked about Salman sir, from whatever I have understood of him, is that he says what he feels. I admire that about him.”