The ‘Sadak’ actress shared a glimpse of a birthday card she had made for her mother when she was a little child and poured her heart out as she wrote, “To my ever gorgeous Mother Lorraine Bright who then went onto become Kiran Bhatt.. Happy Birthday and thank you! There would be no me if there was no you! Not to mention your amazing capacity to preserve and archive details of my life that recede way back in the mists of time.. like this birthday note/card I made you when I was a child! ❤️”.

“Happy Birthday Mother! If anyone could combine a bindi & a mini so effortlessly,you could! Style can be learned or acquired. Grace cannot. And you exemplified grace! #lorrainebright #kiranbhatt #birthdaygirl”, she further added. 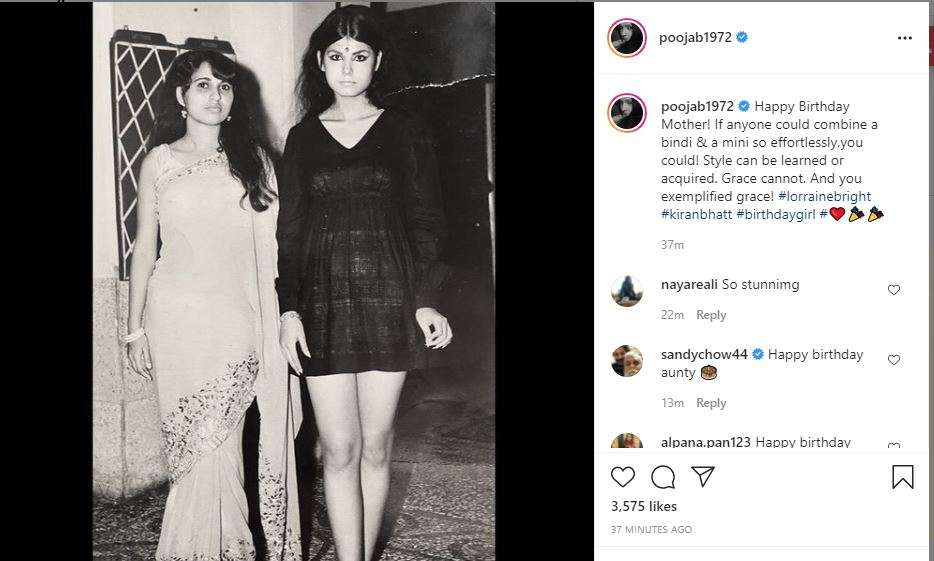 Talking about Pooja Bhatt, while the actress recently made a comeback with her father Mahesh Bhatt’s ‘Sadak 2’, things were not always good between the daughter-father duo. While Pooja shared a close bond with her mother Lorraine, she also considered Mahesh’s second wife and actress Soni Razdan her biggest enemy in the past.

Once Pooja opened up on how she felt about Mahesh Bhatt marrying Soni Razdan during an interview, she reportedly resented him for leaving her mother Lorraine for another woman. She also stated that there used to be times when she used to flare-up just at the very mention of Soni’s name.

Furthermore, she reportedly added that her mother Loraine made her think more practically and understand the situation. According to the actress, her mother helped her realise that her father was a good person at heart. She asserted that Bhatt was not a bad father reportedly because their relationship didn’t work out.

World Trigger Chapter 213 Release Date and Time, Countdown, When Is...

Find Out What Time Does KGF 2 Come Out In India?