GoNewsOn – Anytime Anywhere
Home Entertainment Photos: Alia Bhatt steps out for lunch with Shaheen Bhatt, Anushka Ranjan...
Share
Facebook
Twitter
Pinterest
WhatsApp
Linkedin
Rate this post
As the lockdown restrictions have eased, B-Town celebs is all set to return on the sets amid the new normal. Recently, Alia Bhatt was clicked outside a popular restaurant with sister Shaheen Bhatt, bestie Anushka Ranjan Kapoor and other friends.

In these pictures, we can see the actress and her girl gang stepping out of the restaurant. The ‘Two States’ actress opted for a baby pink sweatshirt and black biker shorts with sneakers. She completed her look with hoop earrings and her hair was tied in a ponytail. Shaheen kept it casual while Anushka donned a floral maxi dress.

Check out their pictures here: 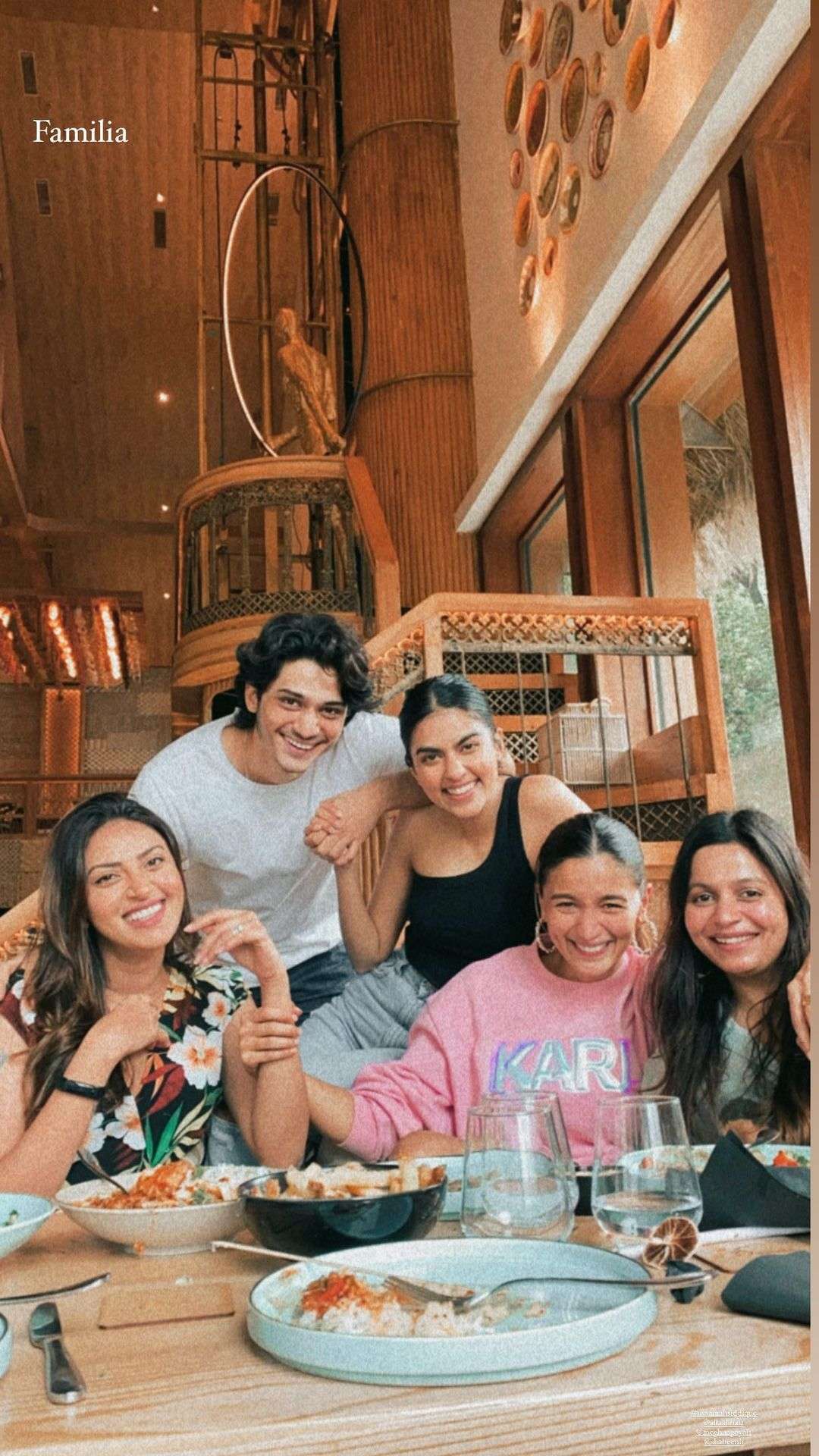 The actress was in the news recently as she is all set to return to the sets of the Sanjay Leela Bhansali film ‘Gangubai Kathiawadi’. Yesterday, the actress was snapped outside the filmmaker’s office. The actress donned a pink and blue floral maxi dress.

Meanwhile, on the work front, she will be next seen in Sanjay Leela Bhansali’s ‘Gangubai Kathiawadi’. She is also a part of Ayan Mukerji’s ‘Brahmastra’ with Ranbir, Amitabh Bachchan and Mouni Roy. This film will mark Ranbir Kapoor and Alia’s first reel life outing.

She will also star in Karan Johar’s ‘Takht’ SS Rajamouli’s ‘RRR’. On her birthday, the makers unveiled her first look poster.

The actress is all set to turn producer. Her next project ‘Darlings’, is a mother-daughter drama that features herself with Shefali Shah. Alia will co-produce the film with Shah Rukh Khan.