Sharing the pictures on his Instagram story, Vivaan gave an update on the actor’s recovery. The first picture featured Naseeruddin Shah, sporting an orange t-shirt and track pants. Along with the picture, he wrote, “Back home” followed by heart and folded hand emojis. While the second picture had his mother and veteran actress Ratna Pathak Shah, who is busy doing something and his father is busy looking at his phone. He captioned the picture as, “He just got discharged today morning” followed by folded hands emoji. Have a look: 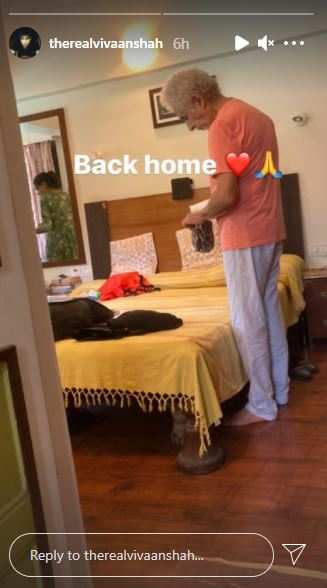 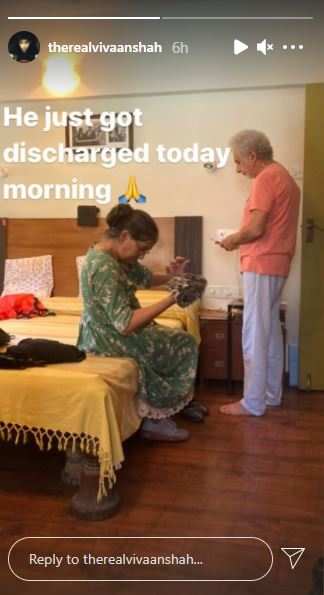 Earlier, Ratna Pathak Shah told PTI that the veteran actor had a “small patch” of pneumonia in his lungs and was undergoing treatment for the same.

Shah is known for his contribution towards art house cinema with films such as ‘Nishant’, ‘Jaane Bhi Do Yaaro’, ‘Ijaazat’, ‘Bazaar’, ‘Masoom’, ‘Mirch Masala’, ‘A Wednesday’, ‘Waiting’.

The National School of Drama (NSD) and Film and Television Institute of India (FTII) alumnus has also created a space for himself in commercial cinema with movies such as ‘Karma’, ‘Tridev’, ‘Vishwatma’, ‘Chamatkar’, ‘Mohra’, ‘Sarfarosh’, ‘The Dirty Picture’, ‘Krish’, ‘Zindagi Na Milegi Dobara’, among others.

The multiple National Award-winning actor was last seen in the 2020 drama ‘Mee Raqsam’.

@UniversalPics @foxstarhindi Saw trailer of #Mahabharata today, it was saddening…

@UniversalPics @foxstarhindi Saw trailer of #Mahabharata today, it was saddening…