GoNewsOn – Anytime Anywhere
Home Entertainment Meet 9-year-old ‘Choti Kangana’ who recreates Kangana Ranaut’s iconic looks on social...
Share
Facebook
Twitter
Pinterest
WhatsApp
Linkedin
Rate this post
Kangana Ranaut enjoys massive popularity across the country and here’s a young fan of the actress who enjoys recreating her iconic looks. The 9-year-ol girl goes by the name of Choti Kangna on social media while her real name is Suman Puri. She has recreated several interesting looks of Kangana Ranaut and shared them on her Instagram account, which is managed by her mother. Suman Puri bears a strong resemblance to Kangana Ranaut and has expertly re-created her look from films like ‘Thalaivi’, ‘Dhaakad’ and ‘Manikarnika’. 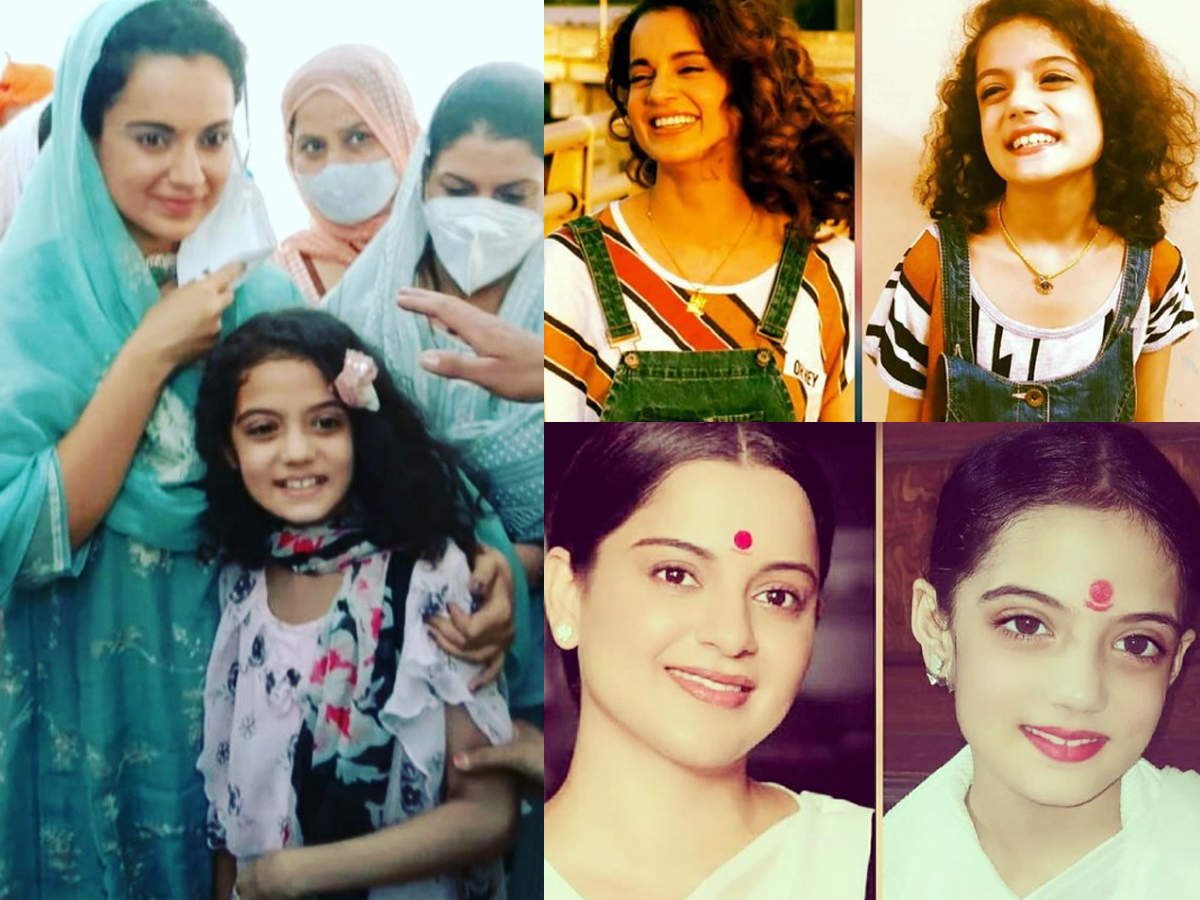 Interestingly, Choti Kangana aka Suman Puri managed to meet her idol in real life too. She has posted a picture on Instagram in May, posing with Kangana at the Golden Temple in Amritsar. Currently, Kangana Ranaut is in Budapest, where she is shooting for her action entertainer ‘Dhaakad’. Directed by Razneesh Ghai, the film will feature Kangana in an action packed avatar.

On the big screen, Kangana will soon be seen in ‘Thalaivi’ which is based on the life of actor-politician Jayalalithaa. The makers had planned to release the film on April 23, 2021 but it was postponed as theatres were shut in a few states due to the pandemic. A source close to the production had revealed then, “We plan to release the film in August this year and only in cinema halls.” Directed by AL Vijay, ‘Thalaivi’ will be released in multiple languages across India. Apart from this Kangana will also be seen in ‘Tejas’. She has undergone extensive prep for her role of an air force officer in this action entertainer. Apart from this, Kangana has yet another real-life story in her kitty, as will also step into the shoes of late Indira Gandhi for ‘Emergency’. She will be calling the shots for this movie and has also announced ‘Manikarnika Returns: The Legend of Didda’.

Kingdom Chapter 686 Release Date and Time, Countdown, When Is It...