GoNewsOn – Anytime Anywhere
Home Entertainment Mandira Bedi mourns the demise of husband Raj Kaushal with heart-breaking memories...
Share
Facebook
Twitter
Pinterest
WhatsApp
Linkedin
Rate this post
Mandira Bedi has shared her first post on Instagram after the demise of her husband Raj Kaushal. The actress has posted a series of endearing pictures with her partner and captioned it with a heart-broken emoji. The happy clicks capture Mandira and her husband celebrating their win with medals and wine. Silently mourning her Raj Kaushal’s untimely demise, Mandira had previously deleted her profile picture on Instagram and replaced it with a black screen. 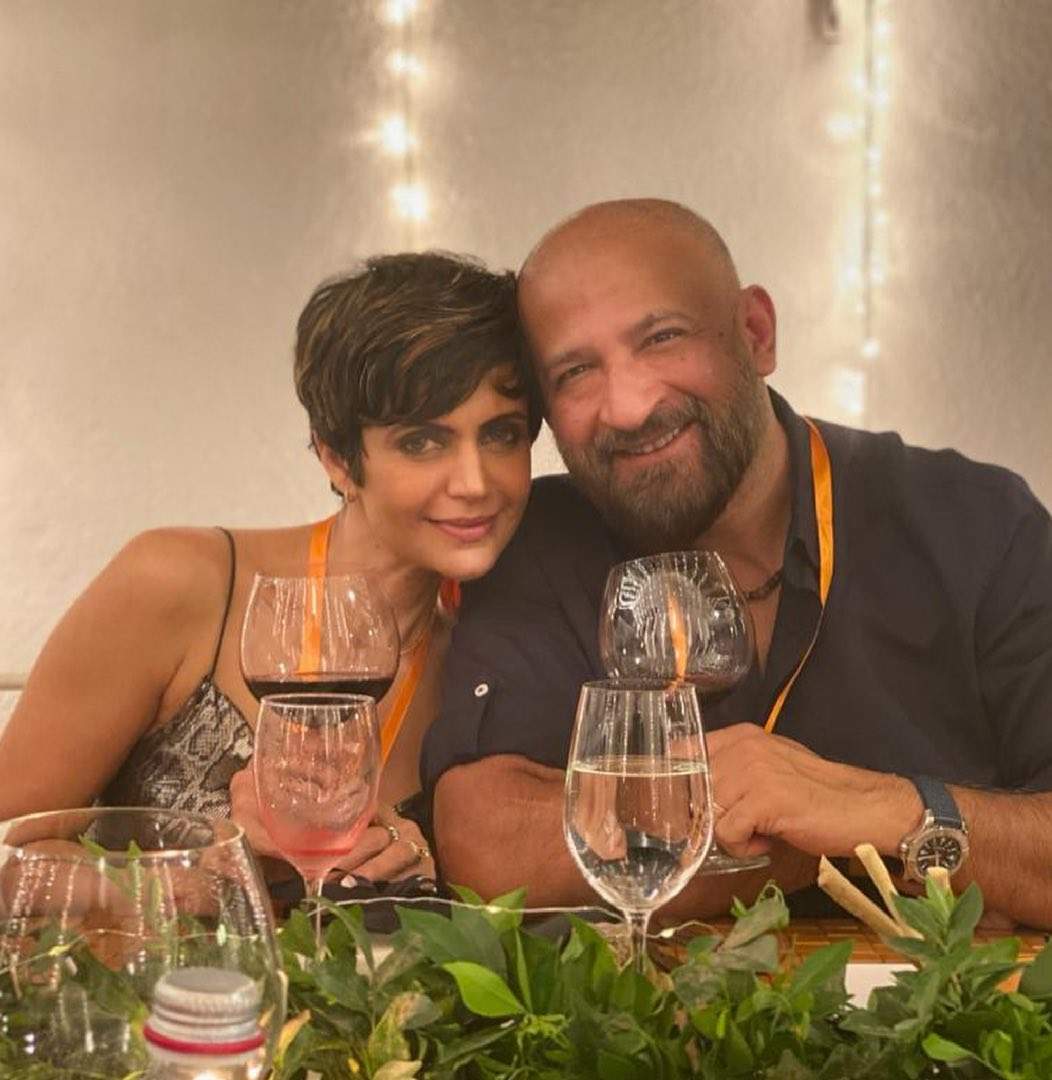 Raj Kaushal passed away on June 30 after he suffered an early morning cardiac arrest. An inconsolable Mandira performed the last rites of her 49-year-old husband. Over the weekend, Mandira Bedi also held a prayer meet for Raj Kaushal and it was attended by several of their close friends and family members. Mouni Roy, who is Mandira Bedi’s close friend, shared a picture from the chautha which also featured an inscription that read, “We all miss you Raji”. Sharing fond memories of Raj Kaushal, his close friend Ashish Chowdhry had penned a heartfelt tribute on Instagram which read, “My big brother, my guiding light, my happy quotient, my pamper-me-lots person, is gone. My brother who supported me fiercely like my sister Monica who I also lost, is gone. But yet, he’s filled positivity and gratitude real hard in me. He’s taught me well. To survive any storm. And I’ll do the same today. For him. I love you forever, my Rajiee. Until then my bro. Until we meet again.”

Mandira Bedi and Raj Kaushal had tied the knot in 1999 and have a 9-year-old son named Vir. In July 2020 the couple had adopted a 4-year-old girl and named her Tara Bedi Kaushal. A professional filmmaker, Raj Kaushal marked his directorial debut with Arshad Warsi, Sanjay Dutt and Minissha Lamba starrer ‘Anthony Kaun Hai?’ in 2006. He went on to co-produce Onir’s directorial ‘My Brother… Nikhil’ in 2005 and called the shots for films like ‘Shaadi Ka Laddoo’ and ‘Pyaar Mein Kabhi Kabhi’.