GoNewsOn – Anytime Anywhere
Home Entertainment Malaika Arora wishes her ‘sunshine’ Arjun Kapoor a happy birthday with a...
Share
Facebook
Twitter
Pinterest
WhatsApp
Linkedin
Rate this post
Malaika Arora had the most adorable birthday wish for her boyfriend Arjun Kapoor on his 36th birthday. She treated her Instagram family with a loved-up picture of the two and called the handsome actor her sunshine.

It was Arjun’s 34th birthday on June 26, 2019, when Malaika made her relationship with the Bollywood actor public as she shared a picture with Arjun from one of their vacations. “Happy birthday my crazy, insanely funny and amazing @arjunkapoor love and happiness always,” the caption had said it all! 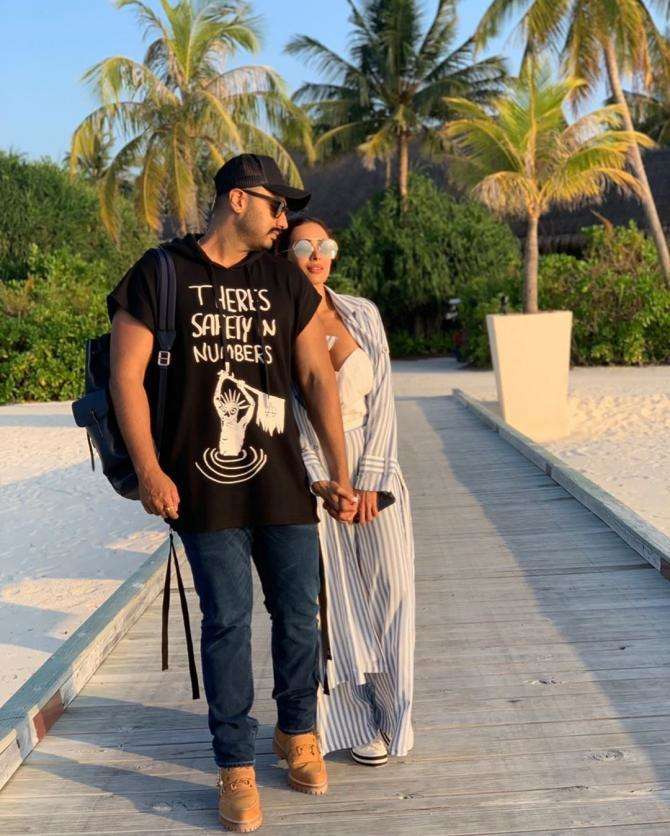 Well, it’s been two years now and Malaika and Arjun continue to give major relationship goals. On Arjun Kapoor’s 36th birthday, Malaika had the sweetest wish for her ‘sunshine’. On Saturday, she shared a cozy picture with Arjun. We can see her leaning over him as Arjun hugs Malaika. The couple looks smitten in love and the picture went viral instantly. “Happy birthday sunshine….” Malaika captioned it followed by a red heart emoticon.

Malaika Arora and Arjun Kapoor have never hesitated in expressing their love since the time they have come out in open about their relationship. They have only raised the relationship bar to the next level and won over their fans with their impeccable chemistry. The couple has an age difference of over a decade but that doesn’t seem to matter to Malaika or Arjun. They are every social media enthusiast’s favourite couple giving relationship goals with regular pictures and videos.

On the work front, Arjun Kapoor will next be seen in ‘Ek Villain 2’ and ‘Bhoot Police’.