On Tuesday night, Karan shared a cool selfie with his ‘Rocky’ Ranveer Singh. He took to his Instagram story and treated fans with the picture. Along with the picture, KJo wrote, “Rocky uska naam!!” Both of them can be seen sporting stylish sunglasses while twinning in white. Take a look: 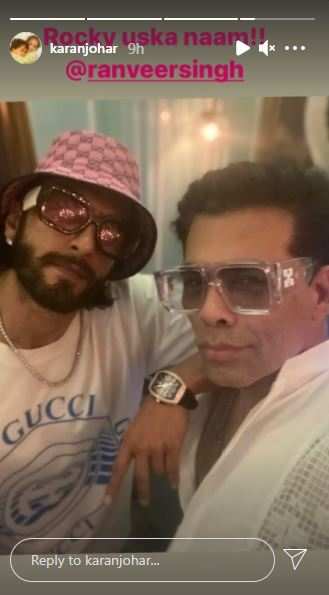 Ranveer celebrated his birthday on July 6. He surprised his fans with the film’s announcement. He had written, “A special announcement on my special day! Presenting – Rocky Aur Rani Ki Prem Kahani along with my dazzling supernova Alia Bhatt, directed by the genre himself, kaleidoscopic visionary Karan Johar, & written by Ishita Moitra, Shashank Khaitan & Sumit Roy. Coming to charm you in 2022! #RockyAurRaniKiPremKahani #RRKPK”

Apart from this, Ranveer has ’83, ‘Sooryavanshi’, ‘Cirkus’ and ‘Jayeshbhai Jordaar’.

One Piece Episode 980 Release Date and Time, Countdown, When Is...