GoNewsOn – Anytime Anywhere
Home Entertainment Janhvi Kapoor’s phone cover features her priceless childhood picture with parents, Sridevi...
Share
Facebook
Twitter
Pinterest
WhatsApp
Linkedin
Rate this post
Actress Janhvi Kapoor has managed to make a mark in the industry with her stunning performances. Apart from being a talented actress, she is also a true-blue fashionista. Every time she shares a picture on Instagram, it goes viral in no time. On Tuesday afternoon, fresh pictures of the actress were shared by one of her team members and we got a chance to take a glance at her phone cover.

In the pictures, Janhvi can be seen doling out chic vibes as she has sported a neon co-ord set that features a mini skirt, a tube top and a matching blazer. She has styled her look with a pair of matching heels, messy pony and drop earrings. In one of the pictures, she can be seen taking a selfie and her mobile cover is visible. Her cover has a picture that features her late mother and actress Sridevi, father Boney Kapoor and herself. The picture is from Janhvi’s childhood days. Have a look: 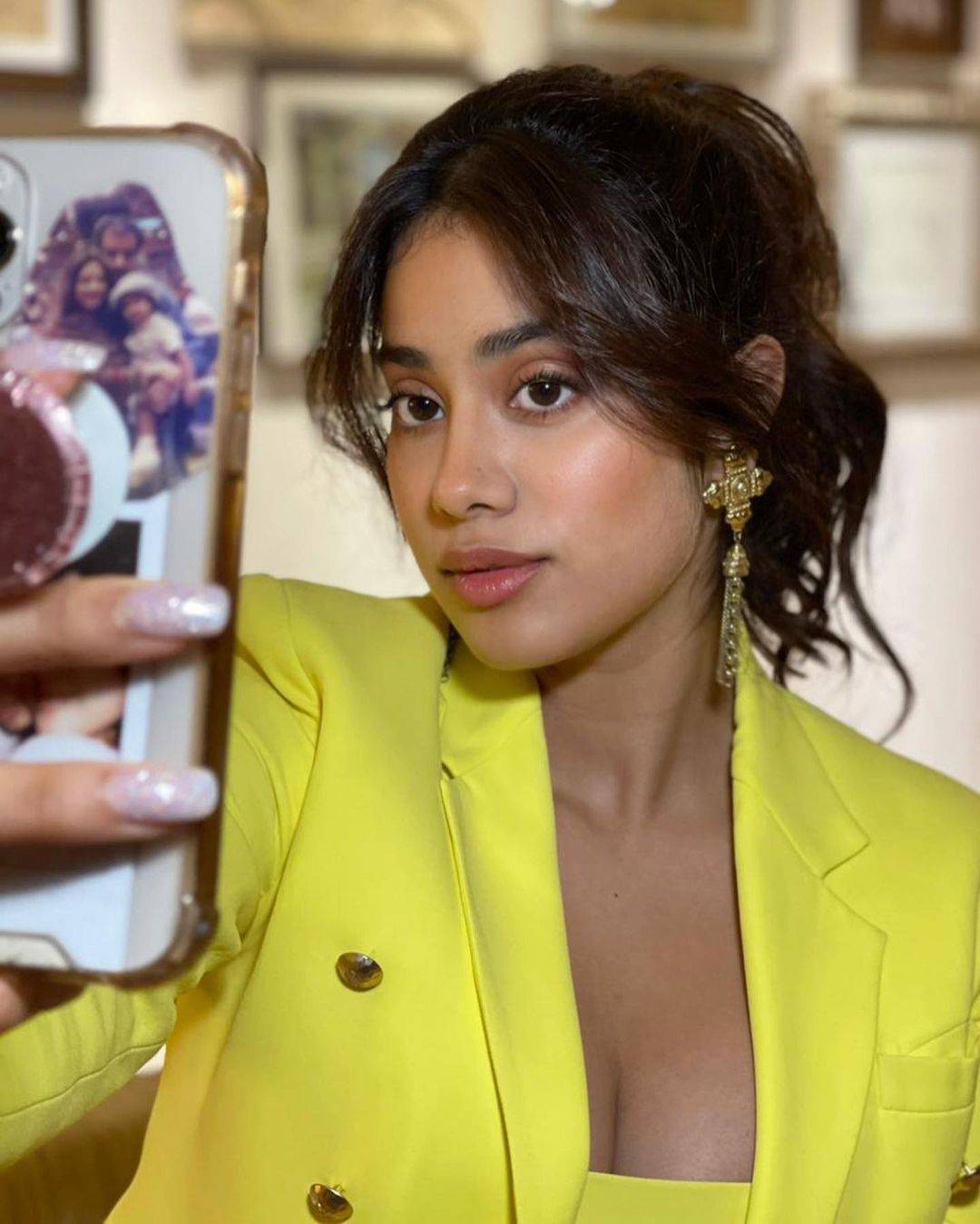 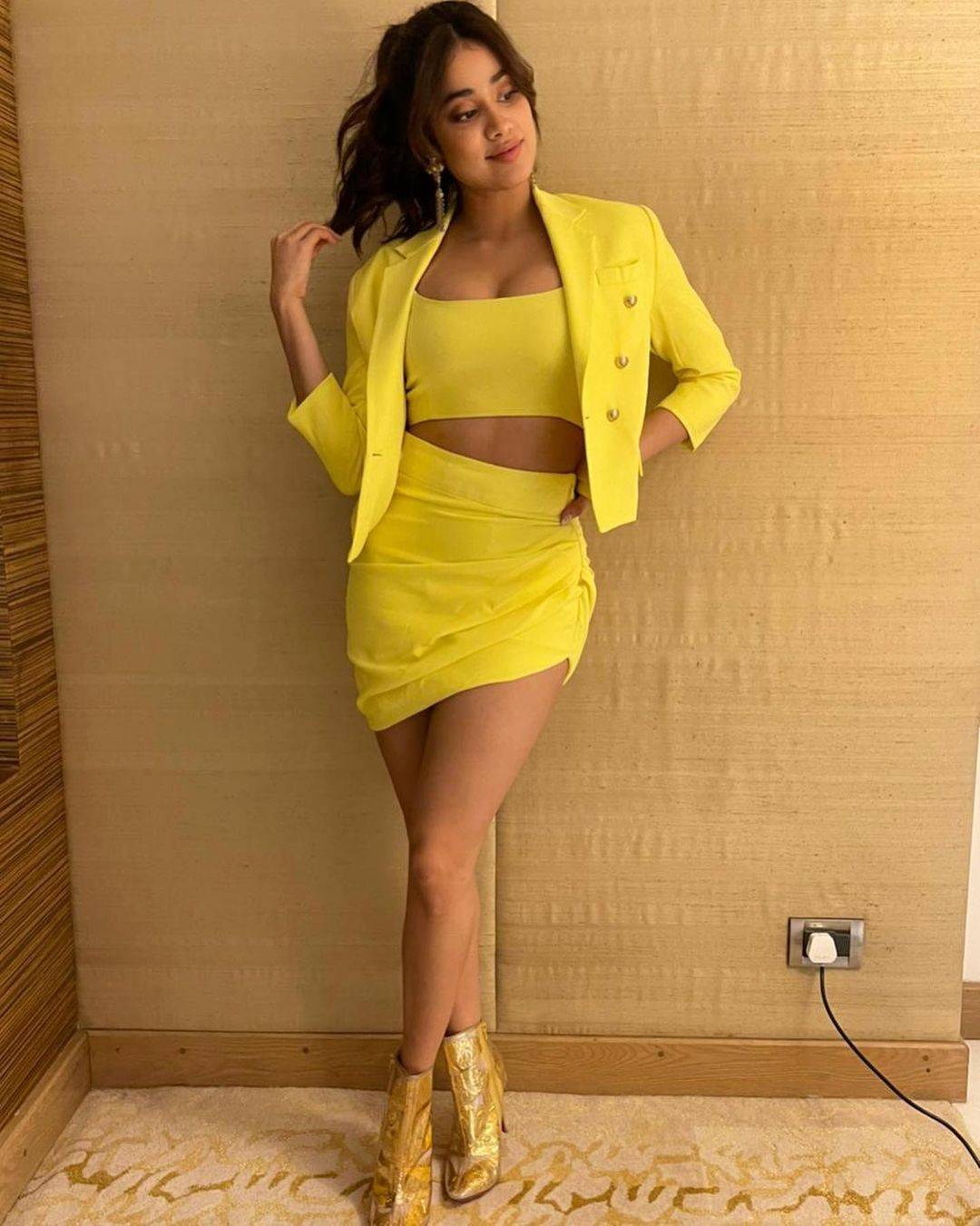 Meanwhile, Janhvi completed 3 years in the industry on Tuesday. She celebrated the occasion by sharing throwback pictures from her debut film ‘Dhadak’. She made her striking debut with Ishaan Khatter in the film. Remembering her film team, director, co-star Ishaan and others, Janhvi penned down a heartfelt note that read, “#Dhadak ❤️ Always special. For the people, the memories, the lessons and all of the love 💕.”

On the work front, Janhvi will be next seen in ‘Good Luck Jerry’, ‘Dostana 2’ and a remake of the Tamil hit ‘Kolamavu Kokila’.