In this picture, we can see the ‘Dhadak’ actress baring her back. Speaking about her look, she opted for a soft smokey eye makeup look. Her hair was styled in beachy waves. The star looks behind right into the camera. She shared the picture with the song ‘Akhiyaan’ by Danyal Zafar aka Danny Zee, who also happens to be Pakistani singer and actor Ali Zafar’s brother. 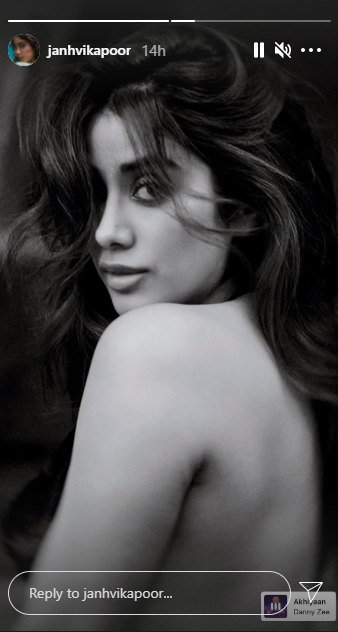 In the throwback photo, shared by Khushi, they were seen posing against a picturesque sunset background. The Kapoor sisters can be seen enjoying a sundowner at a plush restaurant during one of their travels abroad. Janhvi looked pretty in a blue ombre shirt, while Khushi’s black off-shoulder woollen shrug complimented her minimalistic makeup.

They recently enjoyed Father’s Day dinner with Boney Kapoor, Anshula and Arjun Kapoor. The ‘Two States’ actor took to his Instagram handle to give us glimpses of their gettogether. He wrote, ”The father, the daughters & the son. Our Father’s Day dinner…Smiles are appreciated any day of the week but today just felt even more sweeter…”