GoNewsOn – Anytime Anywhere
Home Entertainment Ishaan Khatter shares a video of his outdoor workout sessions; Siddhant Chaturvedi...
Share
Facebook
Twitter
Pinterest
WhatsApp
Linkedin
Rate this post
Ishaan Khatter is a fitness freak and his social media is proof of the same. And today, the actor took to Instagram to share a video of himself working out in the open. In the video, he can be seen chiselling his physique by hill-climbing, upside down situps with the help of a tree branch and more. He captioned the post, “Playtime but I ain’t playin’” 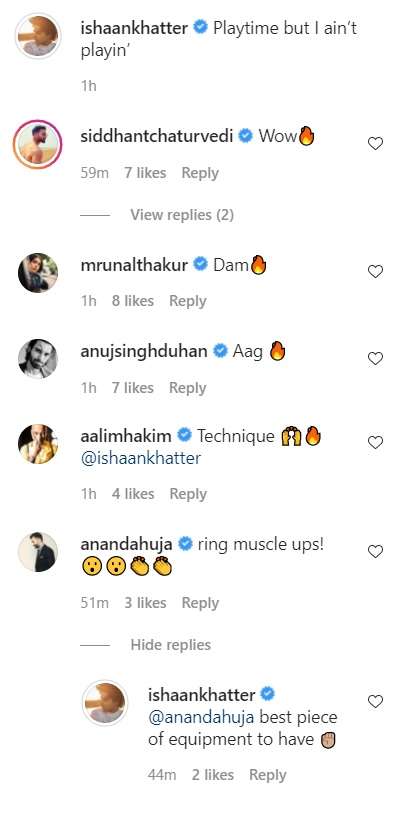 Meanwhile, on the work front, Ishaan will next feature in a film titled ‘Phone Bhoot’ co-starring Katrina Kaif and Siddhant Chaturvedi. Backed by Farhan Akhtar and Ritesh Sidhwani, the film is helmed by Gurmeet Singh.