GoNewsOn – Anytime Anywhere
Home Entertainment HowIMadeIt! Arjan Bajwa: It wasn’t tough to do the lovemaking scene with...
Share
Facebook
Twitter
Pinterest
WhatsApp
Linkedin
Rate this post
Arjan Bajwa, our guest this week on #HowIMadeIt, is a very content man. He yearns for more work but he is proud that he has covered a decent distance which is termed a struggle in Bollywood. “Nothing comes on a platter,” he points out at the very start of our conversation, adding, “I worked myself to the way up. I learned the tricks and trade solely by myself.”

Arjan says that he had absolutely no reservations in starting off largely with Telugu films. “In fact, during my early days, everyone used to say that one should do South films.” But time rolled by and Arjun did not get any Godfather along the way. If he had someone, he says, it would have been easier. 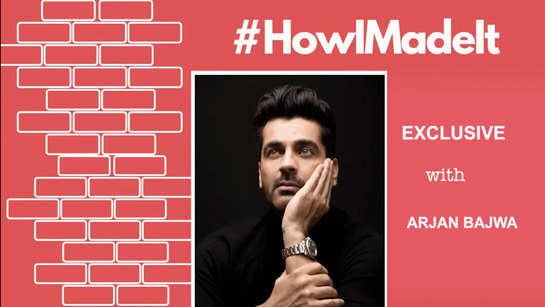 Arjan earmarks Madhur Bhandarkar’s ‘Fashion’ as the turning point in his life. Ask him if he found it tough to enact the lovemaking scene with Priyanka Chopra, and he dismisses it off, saying, “No, it wasn’t tough,” and goes on to praise Bhandarkar’s directorial abilities that made it easy for him.

The young actor does not regret doing ‘Kabir Singh’ wherein he played Shahid Kapoor’s elder brother. He defends the film outright and says that such stuff was shown in the ’80s and ’90s as well but nobody objected to it then.

As for his personal life, we haven’t heard much on that front. We ask him if the media has been incompetent in tracking that down or is it that he’s an extremely smooth operator? Taking the question sportingly, Bajwa says that very soon he will make an announcement about someone special.