Did you know that Aryan and ‘Friends’ star Lisa Kudrow son Julian Stern graduated together? Yes, you heard that right. They were enrolled in the same course in the same school and graduated on Sunday.

Check out their photos here: 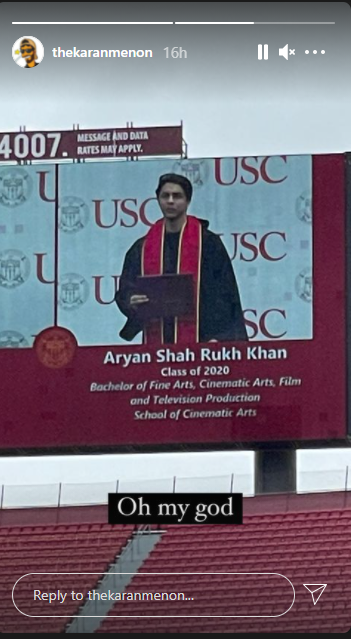 Lisa also shared a picture with her son. She wrote, ”Happy proud HAPPY. And a little crying. By me not him.. @juls_magewls”.

SRK and Gauri’s daughter Suhana Khan is currently studying at NYU. She keeps sharing pictures to give us a glimpse of life in the US.

Meanwhile, on the work front, SRK will next be seen in Siddharth Anand’s ‘Pathan’ with Deepika Padukone and John Abraham in the lead roles. The film also has a special cameo by Salman Khan. He was last seen in Aanand L Rai’s ‘Zero’ with Anushka Sharma and Katrina Kaif.