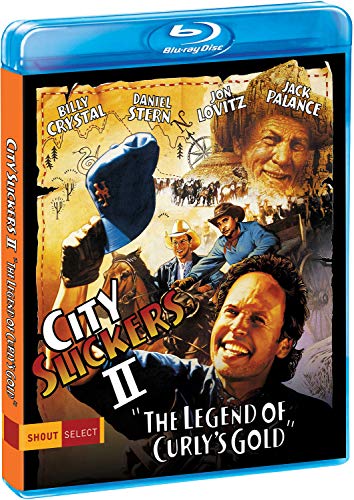 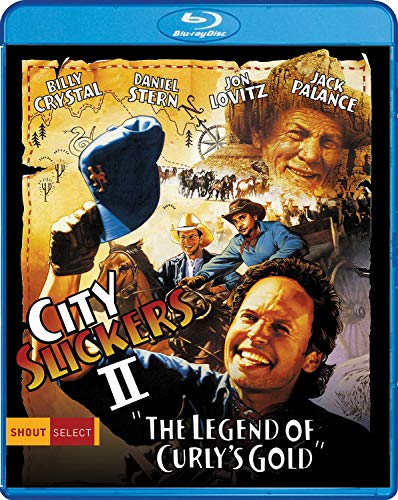 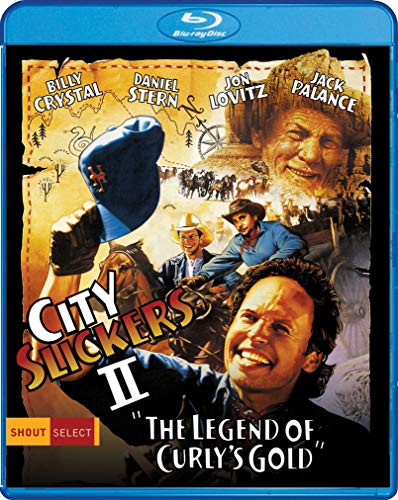 There’s gold in them thar hills and laughter everywhere as Billy Crystal saddles up with Daniel Stern, Jon Lovitz and Jack Palance for the sequel to the smash hit City Slickers. Life is good for Mitch (Crystal), yet something troubles him: the ghost of leathery trail boss Curly. And when he finds a hidden treasure map in Curly’s old hat, Mitch is sure he’s being told “Go West!” So it’s westward ho-ho for urban cowboys Mitch, his good buddy Phil (Stern) and Mitch’s goof-off brother (Lovitz). Teaming with Curly’s snake-eyed twin sibling Duke (Palance), they search for a fortune in gold while kicking up dust, stirring up laughs and hitting more obstacles than a cactus has needles. You’ve found comedy gold.