GoNewsOn – Anytime Anywhere
Home Entertainment #BigStory! How will shoots in post-Covid era be cost effective? | Hindi...
Share
Facebook
Twitter
Pinterest
WhatsApp
Linkedin
Rate this post
The show must go on and yet it didn’t. For several months, Bollywood has been sitting at home, twiddling thumbs, waiting for a go-ahead to shoot. But instead of a respite, the second wave came as a low blow, worsening an already grim situation. Even ongoing shoots, that were braving the pandemic, had to come to a standstill due to the curfews and lockdown-like situation across the country. But now, after two months of uncertainty, filmmakers are considering the ease in lockdown restrictions to be the silver lining they have been waiting for. The government has allowed the industry to resume shoots–of course with compliance to suggested SOPs and within the stipulated time–and filmmakers are rejoicing. However, with so many guidelines to adhere to, returning to normalcy still remains a distant dream. And also a costly affair. So, will the industry cut costs, expect rebates from the government, or barter tourism promotions for subsidies? For ETimes’ #BigStory this week, we tried to gauge how is the industry planning to deal with the mounting costs amidst the new normal. Read on:


After the first lockdown was eased and things were opening up, the industry seemed to be looking within, opting to shoot films in offbeat Indian locations instead of risking taking a huge crew offshore and jeopardising their health. This, in turn, also seemed a promising prospect for the country’s tourism industry which stood to benefit from the free publicity across the world. At a time when the economy has hit rock bottom, this could have been a much-needed boost too. Acknowledging the same, the Chief Minister of Arunachal Pradesh, Pema Khandu had taken to his Twitter account to thank Varun Dhawan and Kriti Sanon for shooting their upcoming film ‘Bhediya’ in the state, adding, “Happy to know they are enjoying their time here and are keen on promoting #Arunachal as a popular film destination”. And promote they did. Both Varun and Kriti’s Instagram feed is full of beautiful pictures from the location. Now, when the film releases–in theatres or OTT–the audience will get to see the state in all its splendour. 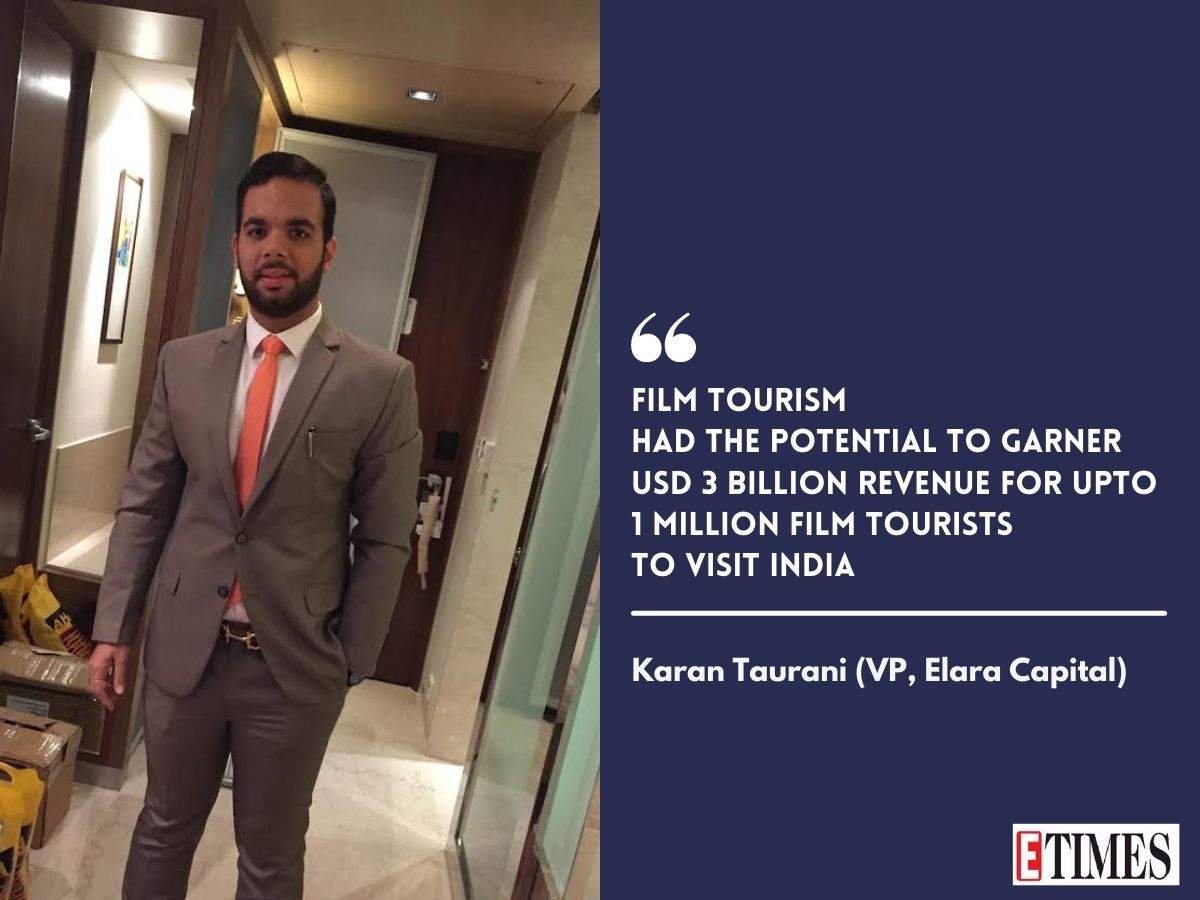 However, Karan Taurani of Elara Capital is not so sure of this. “As per E&Y (Ernst&Young), film tourism had the potential to garner USD 3 billion revenue for up to 1 million film tourists to visit India; we believe this number will see a sharp dip (anywhere in the range of 80%-90% in CY21) due to the Covid situation in the country. Further, the recovery for this revenue will only happen in a phased manner and may take at least two years to come back to pre covid due to fear of people travelling here for shoots,” he points out, adding that now since vaccination drives are being organised, not many would be forced to shoot on foreign shores. “Only certain large projects which require offshore location compulsorily will move to foreign locations for shooting,” he reiterates.


Shiva Baba Naik, a Goan line producer, doesn’t subscribe to Karan’s grim projection of tourism numbers being impacted. “Shooting in Goa helps the state as it generates employment, the state gets GST, gets both direct and indirect taxes, location managers earn money and the hotel industry which is in bad shape are eagerly waiting for the film industry to come to Goa and offering a great concession to stay at their venue and to top it all the state gets free publicity,” he argues, vehemently making a case for shoots to take place within the country. However, he has different concerns. “We have been getting inquiries for web series and they want to build a set and shoot for straight two months and go back but the rains in Goa are worse than in Mumbai, so, I guess it will be difficult for them in the monsoons,” he rues, anticipating the lull to continue.

Dicky Singh (Line producer): Everything is going to get normal within a month’s time although precautions will be taken


Dicky Singh, a Lucknow-based line producer has no such worries. He is already celebrating the government’s go-ahead to kickstart shoots and has been busy attending phone calls for shoot inquiries in July. “I remember last year there was fear in people, which has gone this time and nobody is really worried about it. Everything is going to get normal within a month’s time although precautions will be taken. Shows produced by the OTT platforms are very strict when it comes to SOPs. Zones are marked and no one can really move around and they have dedicated staff designated to monitor the movement of people on set,” he relays, the excitement in his voice evident. 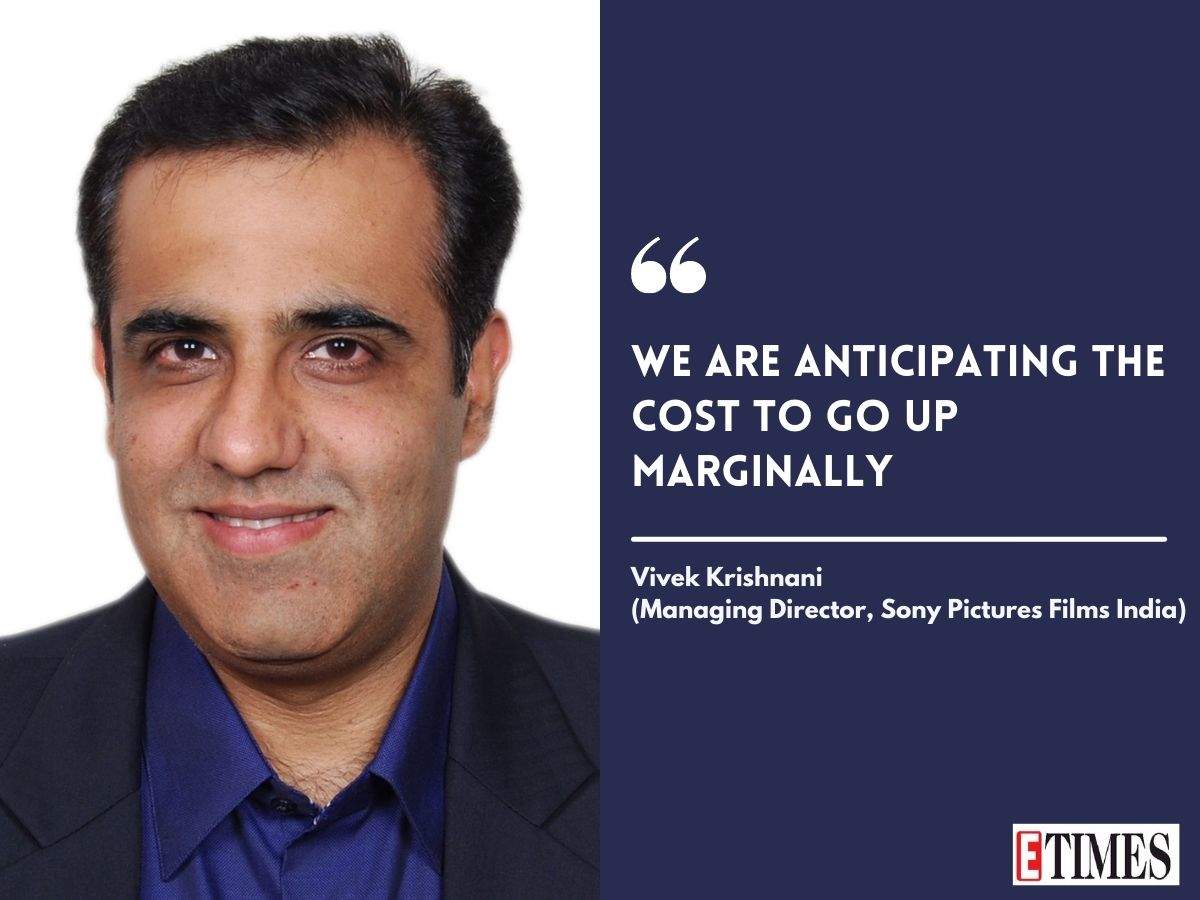 Sure, shoots might resume soon and Vivek Krishnani, Managing Director, Sony Pictures Films India is very happy that the situation is improving, and with many people getting vaccinated, hopes that the worse of the pandemic is behind us. “With regards to the shoot, we will wait for the government clearance to start the shoots, and even then, we will ensure that the environment is conducive, and all safety precautions have been taken for any shoot to commence” he assures. However, he is quick to add that the costs will go up because they will have to follow protocols and ensure that a bio bubble is created, so that the safety of the cast and crew, which is of utmost importance, is taken care of. “Due to this, we are anticipating the cost to go up marginally but it is an important exercise and there will be no compromise to this effect,” he asserts. 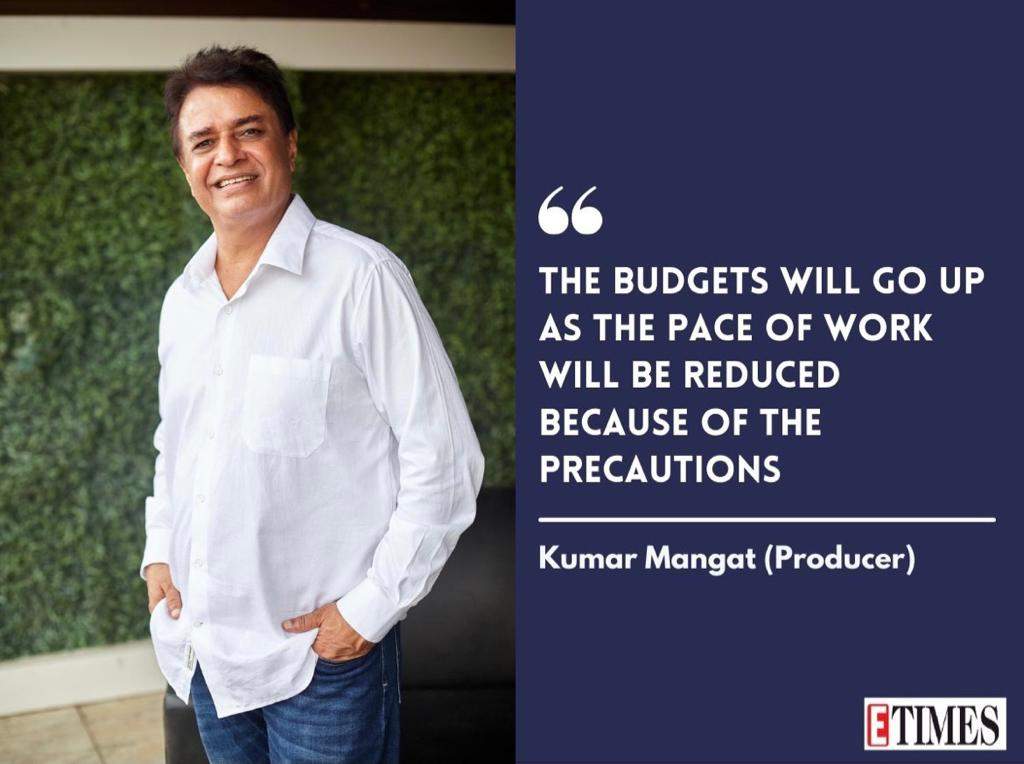 Producer Kumar Mangat is in agreement too. “The budgets will go up as the pace of work will be reduced because of the precautions that we will have to take to shoot. As for the location, that will not be cut. We will shoot at the real locations, and if need be, travel to the location. Even the transportation cost will go up which will also add to the cost of the film,” he points out.

IS COST-CUTTING AN OPTION? 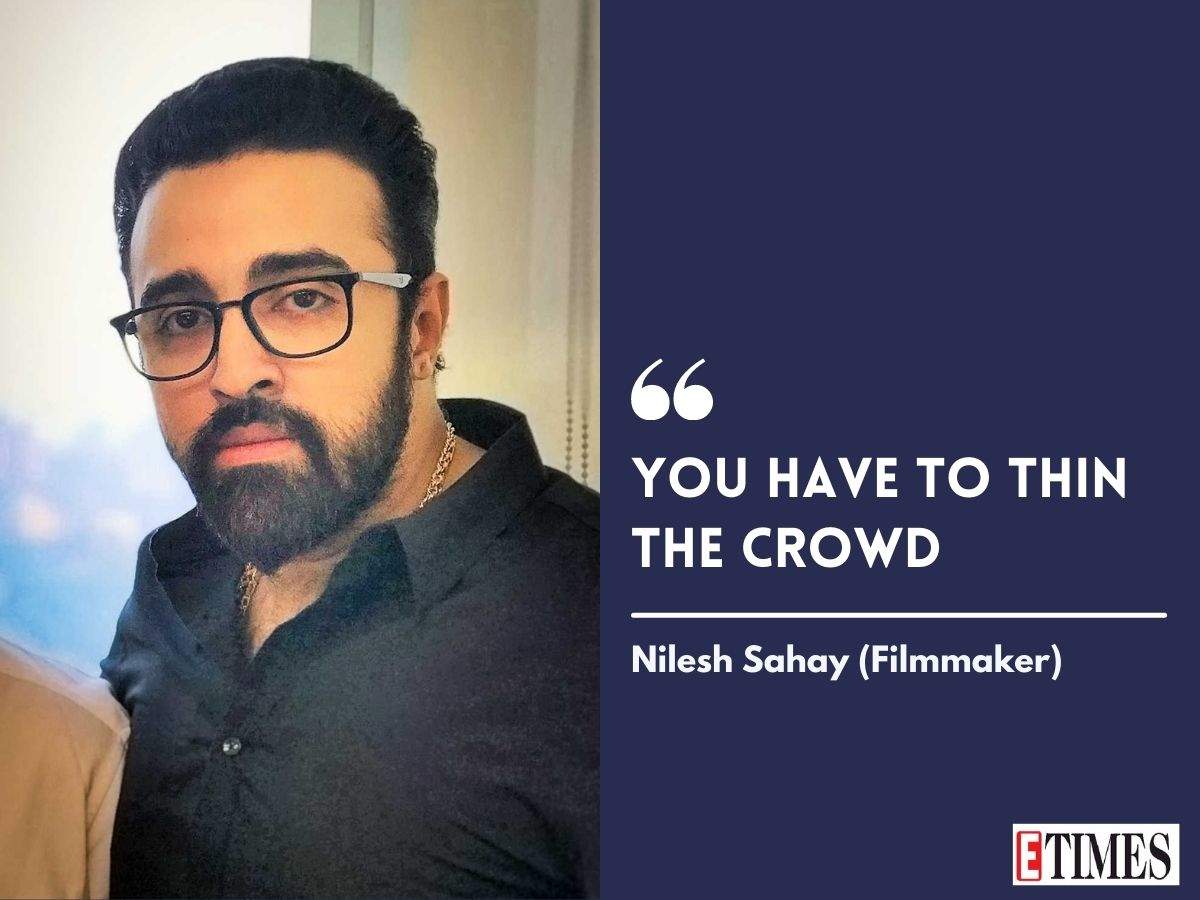 Filmmaker Nilesh Sahay was one of the first ones to go abroad to finish the remaining portions of his upcoming action-thriller ‘Squad’. Now, he is all set to kick off another film in November in a start-to-finish schedule. But he has taken the learnings from his last film and will be applying it to the next one. Ask him if the costs have gone up and he answers in the affirmative. “Budgets have gone up considerably, especially because insurance doesn’t cover Covid-19. Last year, the few films that released just when the pandemic hit India, were covered by insurance. But now, if your shoot is stopped due to Covid-19, the shoot costs won’t be covered by insurance. This is a complete change in dynamics,” he informs. But cost-cutting is not as easy as it sounds and the filmmaker acknowledges that. “I don’t know how to cut the costs. I’ll go and speak to the vendors but I don’t know if they would listen to me (laughs). What I can tell you is that, as a company, we have to take a call if we even have the bandwidth to cover the costs for 100 people, because this includes everything–from safety to accommodation and transportation costs. The more people you have, the more the risk of infection too. That’s why even the talents have been asked to adapt and reduce their personal crews. You have to thin the crowd,” he reaffirms.

Prashant Shah (CEO of Bollywood Hollywood Production Inc): Talent costs and fees may have to go down as a lot of actors and directors make deals that involve a lot of contingent compensation


Pointing out that production costs have gone up around the world, Prashant Shah adds, “I also see that talent costs and fees may have to go down as a lot of actors and directors make deals that involve a lot of contingent compensation. Their upfront compensation for a share of the revenue which could bring them more money from box office will be gone until theatres come back to business. Their work is the same, but because it’s debuting on a streaming platform and not at the multiplex, she/he’s taking a 90 per cent pay cut in his royalty or a co-producing deal they made with the lead producer,” he explains.

SUBSIDIES ARE THE WAY FORWARD

While the government looks at films to promote tourism especially during such difficult times, the industry, too, looks at the government for subsidies to help facilitate the process of filmmaking which has anyway become a costlier process in post-pandemic times. 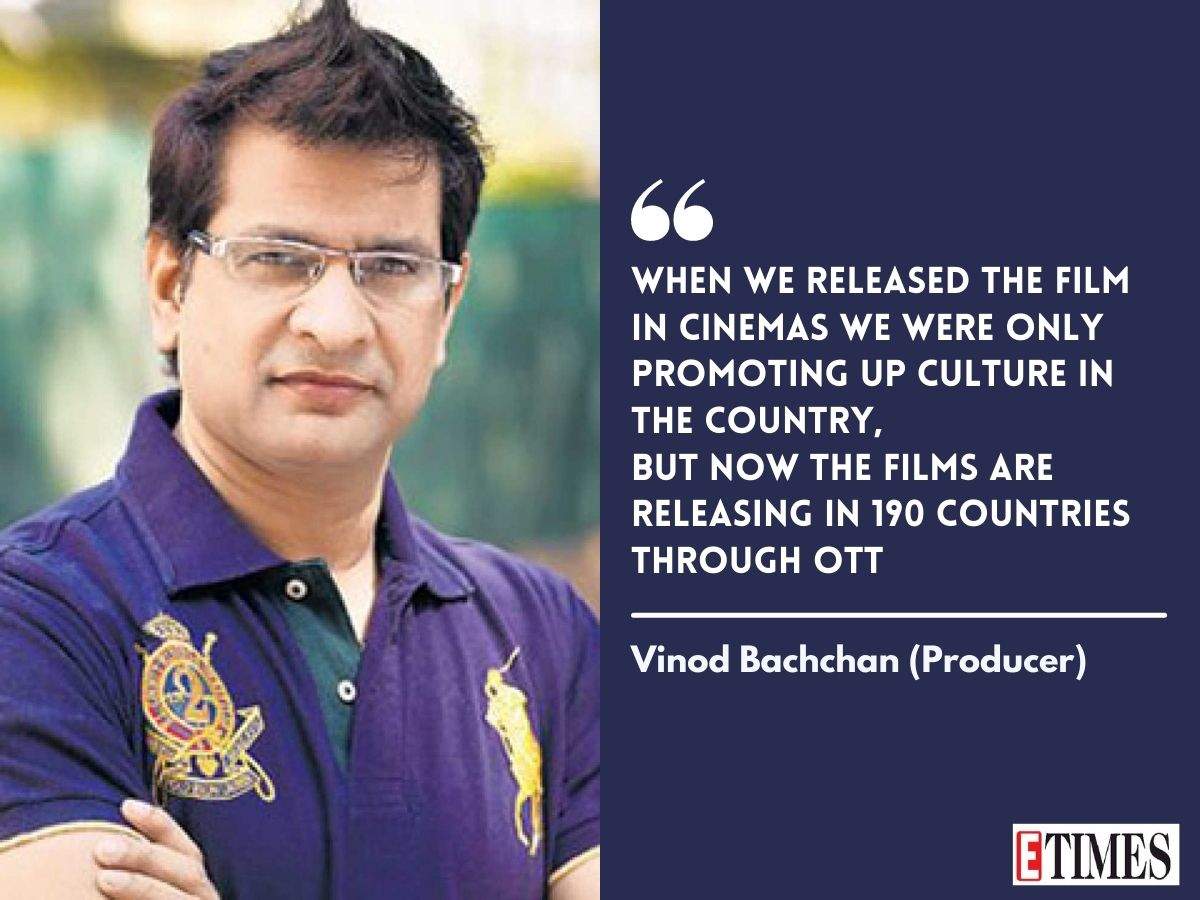 However, for Vinod Bachchan, who shoots most of his films in Uttar Pradesh where he gets a subsidy of Rs 2 crore, the condition that the rebate will be given only if a film releases in theatres, seems unfair. “We have pointed it out to the Uttar Pradesh government that when we released the film in cinemas we were only promoting UP culture in the country, but now the films are releasing in 190 countries through OTT, and along with Indian culture we are also promoting UP to the entire world and therefore subsidy needs to be considered for these films too. In fact, OTT platforms that are showcasing UP in their subject should get subsidies. Our proposal is under consideration now,” he shares.


The Ministry of Information & Broadcasting is easing filming in India through the Film Facilitation Office (FFO), which is set up under the aegis of the National Film Development Corporation to enhance the Film Sector’s contribution towards the GDP of the country. With the help of state and central governments, the FFO will ease filming by creating film-friendly policies. The film industry could take a rapid growth trajectory if state governments, who are strategic stakeholders in the film value-chain, are involved in ease of filming in and across India. Such activity leads to long-term economic benefits that film-induced tourism can bring to the local economy. Another significant benefit of film tourism is that it increases the cultural value of the film location since tourists also visit heritage sites and monuments.