GoNewsOn – Anytime Anywhere
Home Entertainment Arjun Kapoor: Now, I have validation that I should follow my instinct...
Share
Facebook
Twitter
Pinterest
WhatsApp
Linkedin
Rate this post
Arjun Kapoor’s nine-year stint in Bollywood has been a roller-coaster ride of sorts. The actor has seen box-office success followed by films that failed to click. Arjun admits that he fumbled when he based his career choices on what he thought an actor is supposed to do, rather than follow his instinct. However, the release of his recent film made him look at his career path in a new light. In a conversation with BT, the actor talks about different kinds of cinema, and also highlights what he terms the ‘new commercial narrative’ that’s growing in the industry. Read on:

You have always said that you love all things typically Bollywood unabashedly, but you have also made interesting choices at regular intervals like Aurangzeb, Finding Fanny or Ki & Ka, and your new release Sandeep Aur Pinky Faraar. Do you find yourself wondering how to strike the balancing act?

The endeavour is to try and do stuff that excites me at a personal level and also as a member of the audience. Sometimes, you have to be intimate about your selection, because as an actor these are the things you have craved that you would get an opportunity to do. Yes, it has been a tough act to balance because over a span of two-three years, you get masked as a mainstream commercial hero, so you aren’t given enough offers of this kind. Therefore, you have to go and seek that unique and different film rather than it coming your way organically. However, that doesn’t stop me from seeking it. Also, the lines have blurred from 2012 to 2021, where a film like
Sandeep Aur Pinky Faraar (
SAPF) is not looked at just as an interesting choice, or
Aurangzeb and
Ki & Ka aren’t looked at as offbeat films. They blend with the commercial, or rather, the new commercial narrative that’s growing, and that’s a heartening sign.

Theatres had reopened after seven months in November 2020, but had to down shutters once again during the second wave of coronavirus. The pandemic played havoc with film releases and business. How did you deal with the uncertainty around the release of your film?
In my case, the release of
SAPF was affected not once, but twice. First in March 2020, when we had the trailer out and had started the marketing, and then again in March 2021, when we were preparing once more and had to deal with the fact that there was a likelihood of another lockdown. At such a point, you just accept the fact that the film is not meant to connect with the audience in a broad spectrum and you feel it will be scattered — with the movie coming out mainly on satellite and digital. You accept that and detach yourself from the result, but continue to believe that the process was worth it. You can’t get emotional about these things because they are beyond your control… it’s not like everyone else’s films were releasing. We wanted to make sure that the film comes in theatres, and Dibakar sir (director Dibakar Banerjee) had made a film that I felt would get its due over the years to come. What I didn’t expect was this burst of love and genuine understanding of what the film speaks about, and people catching the nuances to such a level. The rekindling of the magic of
Ishaqzaade that had Parineeti and me… This time around our chemistry was appreciated despite being devoid of romance. And this is where the audience wins at the end of the day. You can’t predict the audience or know them beyond a point, you can just keep your head down and work honestly and hope that the film connects with them. 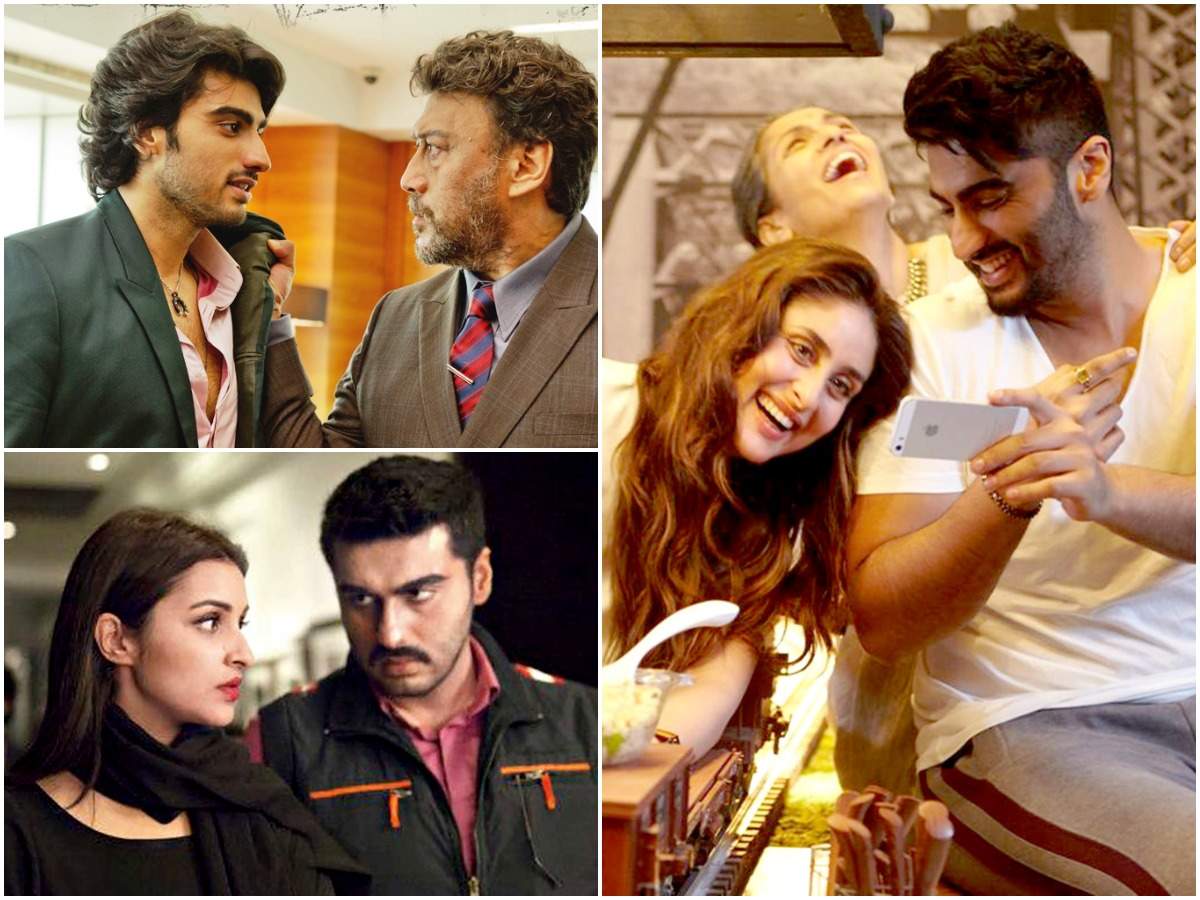 You recently said that you followed your instincts at the beginning of your career and you fumbled a bit when you tried to strategise after a certain point. How did you get into that phase?

People tell you that you should do films that are viable at the box office, and I have done that and enjoyed those. When I had said I fumbled, what I meant was that I got muddled in my thinking about what actors are supposed to do versus what I should do. When you look at it through the optics of what your stardom should have you doing versus what the audience or you as an actor or someone who watches films should do, sometimes you get confused. When I was offered my kind of cinema, I just grabbed it.

What are you planning to do differently when it comes to selecting your future projects?
The material that I am doing right now is selected with an attempt to make sure that you are looking at the pan-India audience, who likes to be entertained. When I do a film with Mohit Suri, I am aware that he connects with our entire country when it comes to romance, music and action, and there’s a certain way he presents actors. At the same time, when I am doing a horror-comedy with Saif Ali Khan, I know it appeals to the audience with certain sensibilities, and mine as well. I have always wanted to be a part of a comedy with Saif, and things just fell into place and
Bhoot Police took shape.

Do you feel more confident now to make choices that don’t necessarily fall into the typical Bollywood hero trap?

Now, I have validation that I should follow my instinct and impulse, and not worry about the box-office implications… well, right now all of that exists on paper, so you can’t tell where the situation will be one year down the line. You just have to go with your instinct and know that the audience is sensible. Right now, they are consuming material on OTT, so when they come into the theatres — and believe me, they will — they should feel respected and not taken for granted. So, the material that I am selecting now, whether it’s more mainstream or as they call it a little off-centre, there is a certain regard that I am keeping in my mind for the audience, where I myself don’t want to be taken for granted when I go to watch a film, be spoon-fed and be made to feel silly about things. I want to enjoy cinema that stimulates while entertaining me. You realise that the audience is ready to use all their might to get involved in the journey of the characters, catch on to the smaller details and make a film a bigger success. Before SAPF came on OTT, I was thinking about whether I should stick to a certain kind of cinema, but this experience has given me the confidence to dabble in both worlds and enjoy myself equally.

Blackwake Player Count 2021 How many People are Playing Blackwake?