Amitabh Bachchan is an avid social media user and his grandson Agastya Nanda had also made his Instagram profile public last year. However, he soon went on to delete most of his cryptic pictures and has now returned to the photo sharing platform. Agastya shared a series of pictures, reportedly from his New York abode. The star kid is captured in candid shots and a third picture saw him posing with a friend. Rocking a casual look, Agastya paired his black jacket with denims. His post soon received a shoutout from sister Navya Naveli Nanda, who commented, “Agggloooz” while Maheep Kapoor went on to tag him as ‘Handsome’. 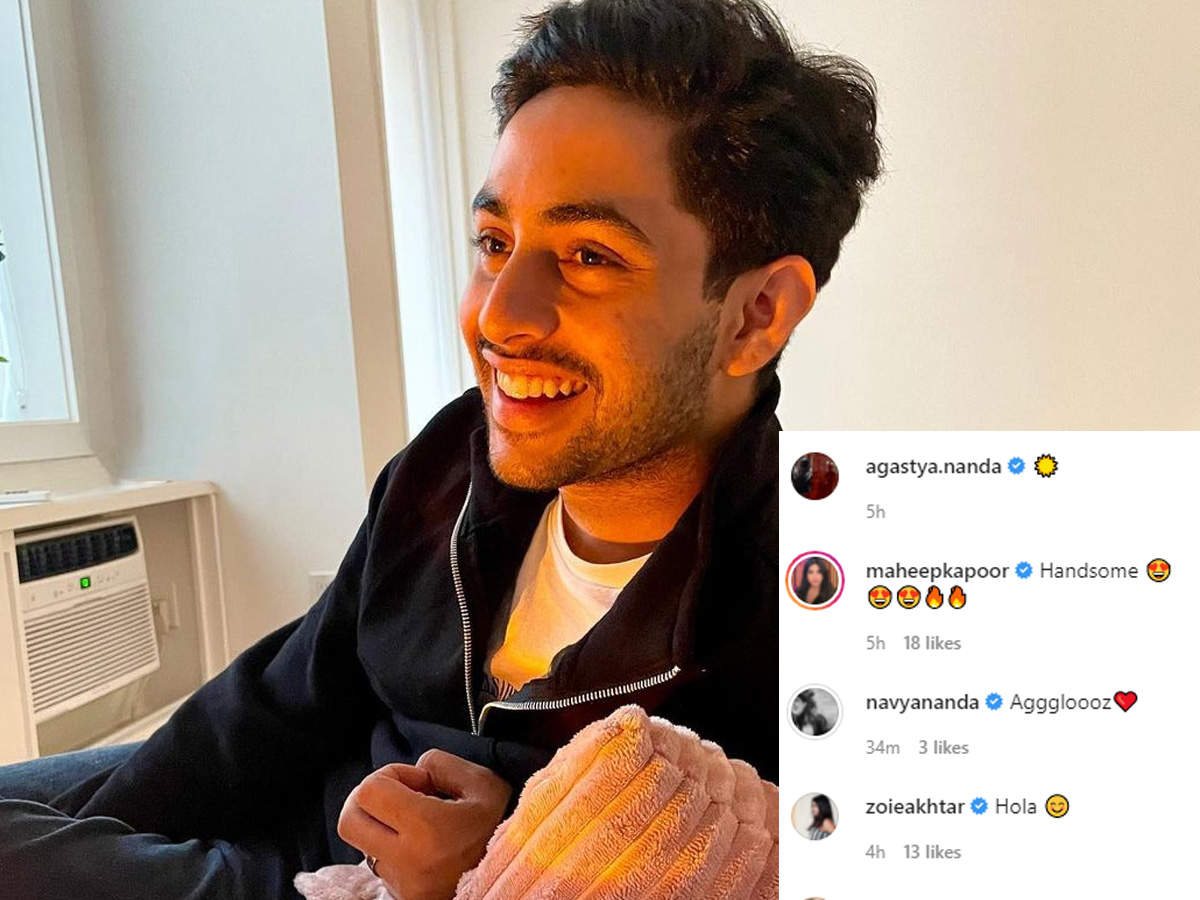 The star kid enjoys 66k followers on Instagram, which includes celebrities like Alia Bhatt, Gauri Khan, Shanaya Kapoor, Aryan Khan, Karan Johar, Khushi Kapoor, Ananya Panday. Amitabh Bachchan, Abhishek Bachchan, Navya Naveli Nanda and Shweta Bachchan also follow Agastya on Instagram. Earlier during the lockdown, Amitabh Bachchan had shared a post-workout selfie with Agastya from the at his gym at his residence and the click had gone viral on the internet.

While Shweta has stayed away from Bollywood, she had also expressed her reservations about her kids joining the film industry. Shweta had reportedly stated that she was not keen on her kids joining the film business. Her daughter Navya Naveli Nanda has already found her calling in several initiatives and welfare projects. While rumurs are rife that Agastya Nanda is planning to enter Bollywood.