GoNewsOn – Anytime Anywhere
Home Entertainment #AgainstAllOdds! Niharica Raizada: If my grandfather OP Nayyar was still alive, he...
Share
Facebook
Twitter
Pinterest
WhatsApp
Linkedin
Rate this post
‘Back in 2013, when I was in America studying, I didn’t tell anybody, I just took a flight to India’ shares Niharica Raizada as she opens up about the challenges of being an actress, and standing up for herself, despite being a star kid. Born and brought up in Luxembourg, Niharica leads a dual life–that of a cardiologist as well as an actress. She was also crowned Miss India UK 2010 and was the runner-up at Miss India Worldwide 2010. The granddaughter of veteran composer OP Nayyar, Niharica has been treating thousands of patients during the COVID crisis. In an exclusive chat with ETimes, the actress who’s waiting for the release of her upcoming film, Rohit Shetty’s ‘Sooryavanshi’ opened up about her journey, the struggle to make a place for herself in the industry.

Being an actress as well as a doctor at the same time must be quite taxing?

Honestly, I don’t really know if there are perks of leading a double life. Being an actor is my personal choice as I wanted to be a performer since childhood, something which my parents and peers never really approved of. I wanted to be an actor for myself; being on stage is my first love. At the same time, being a doctor is something I am very good at. Because I have an immense amount of academic knowledge, there have been times I’ve told myself to focus on my medical profession and stop being a performer. I have a mandate to take care of people, hence I have always tried to focus on that career. 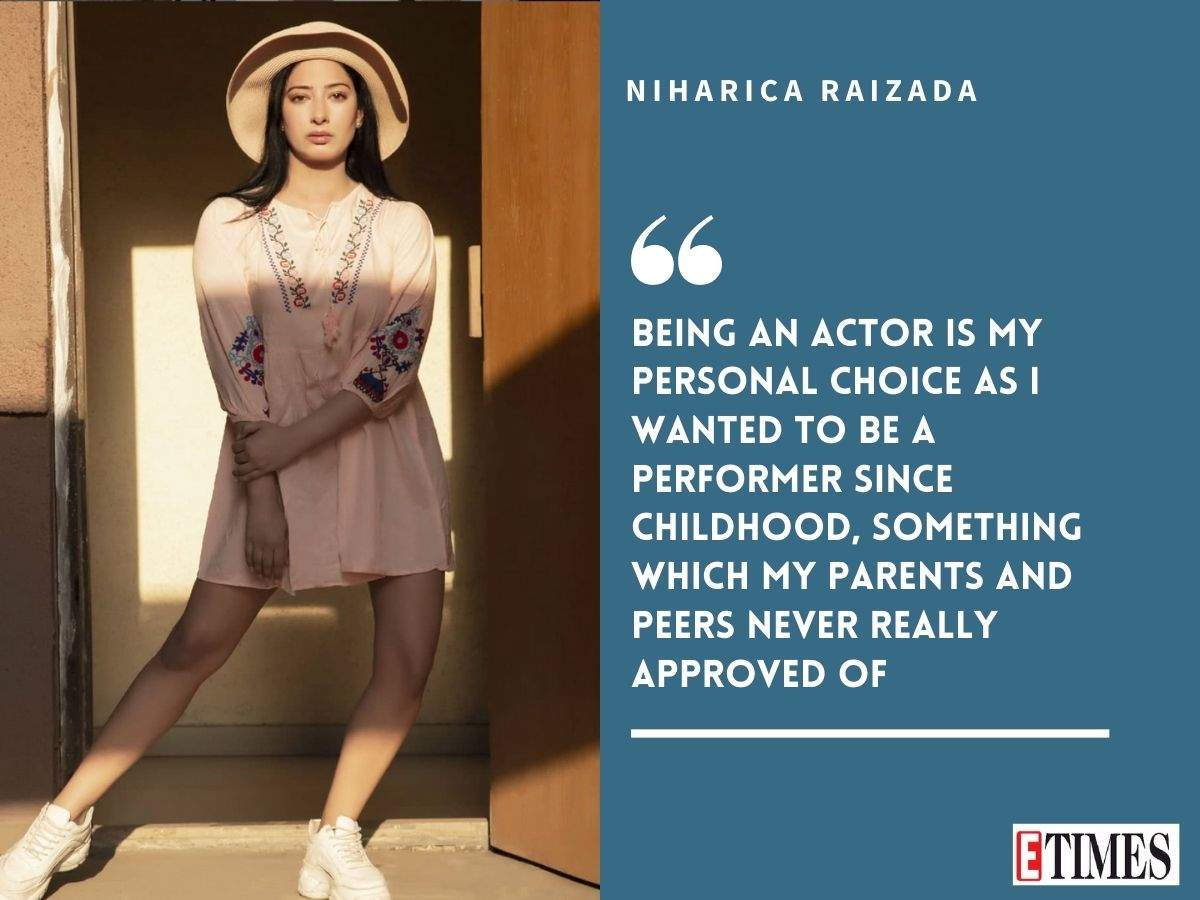 I sometimes do feel weird because I just can’t stop myself from being a performer. The stage attracts me. So many times, I’ve had this discussion with myself to stop being an actress, because I have a responsibility to serve society, and sailing on both boats at the same time is sometimes difficult. My parents want me to completely dedicate myself to service because I have the potential to do so.

I think 80-90 per cent people who know me are not happy about me coming into the entertainment industry. And to be honest,I have got a lot of negative blessings in my life, even from my family. One does feel sad when your close ones don’t really believe in your passion nor bless you well.

But you know, this love I have towards cinema and theatre, is something I cannot even define in words. In my spare time, I dance, write, create and try to come up with stories and interact with artists in order to fall in love with the field more. I want to be friends with artists, I want to belong to that network. 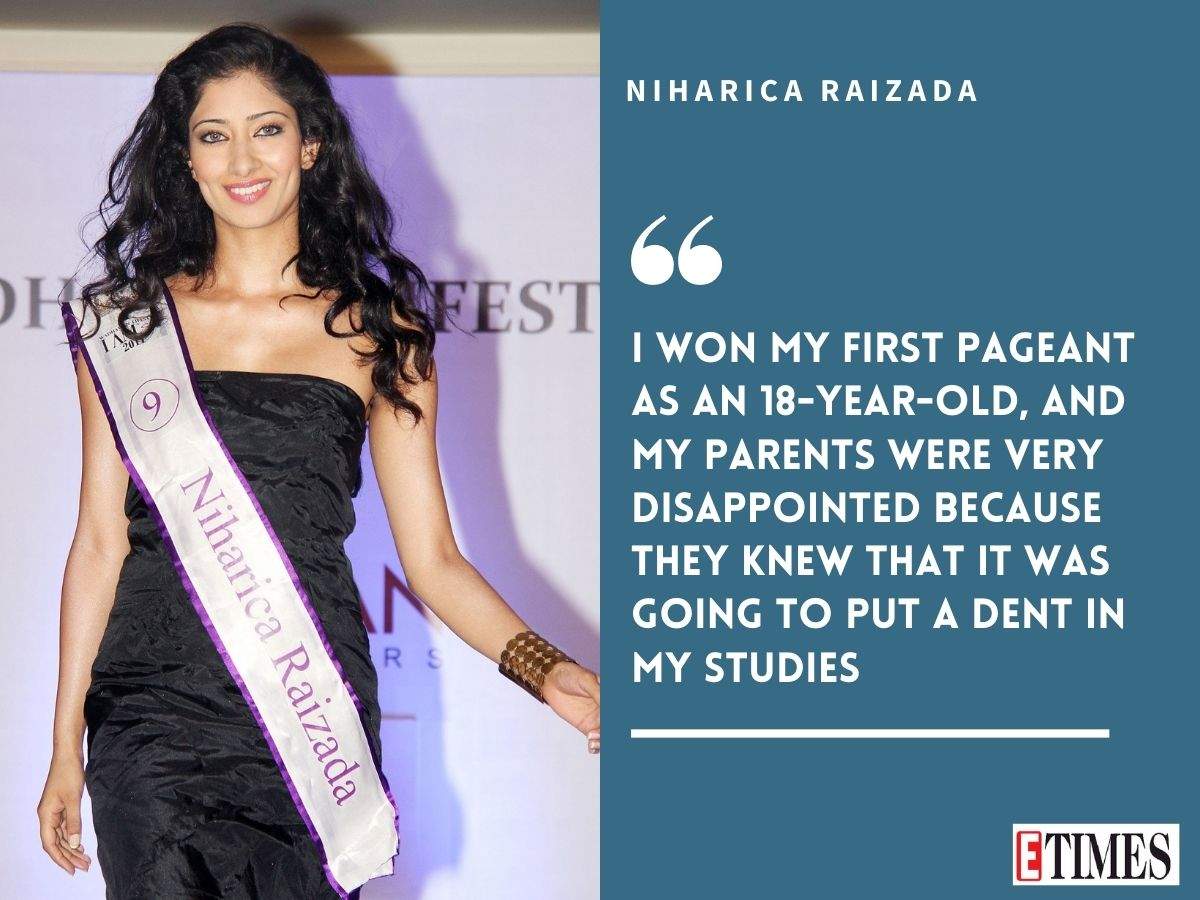 It was a challenge to convince your parents to be an actress… How did you battle the odds?

I won my first pageant as an 18-year-old, and my parents were very disappointed because they knew that it was going to put a dent in my studies. And it did. I used to fail a lot, I wasn’t at my academic best. I got distracted very easily, but eventually got back on track, because I knew I had to manage both.

To date, I think my parents have not been happy with my journey in the entertainment industry. And dealing with them has been very, very difficult. I think it’s a mental challenge, not because you know that you want to do it, but because you have to keep fighting to take a stand for yourself. My conviction towards myself is very high in terms of being a good actor because I am working towards it. I just have to maybe convince a couple more producers and directors. 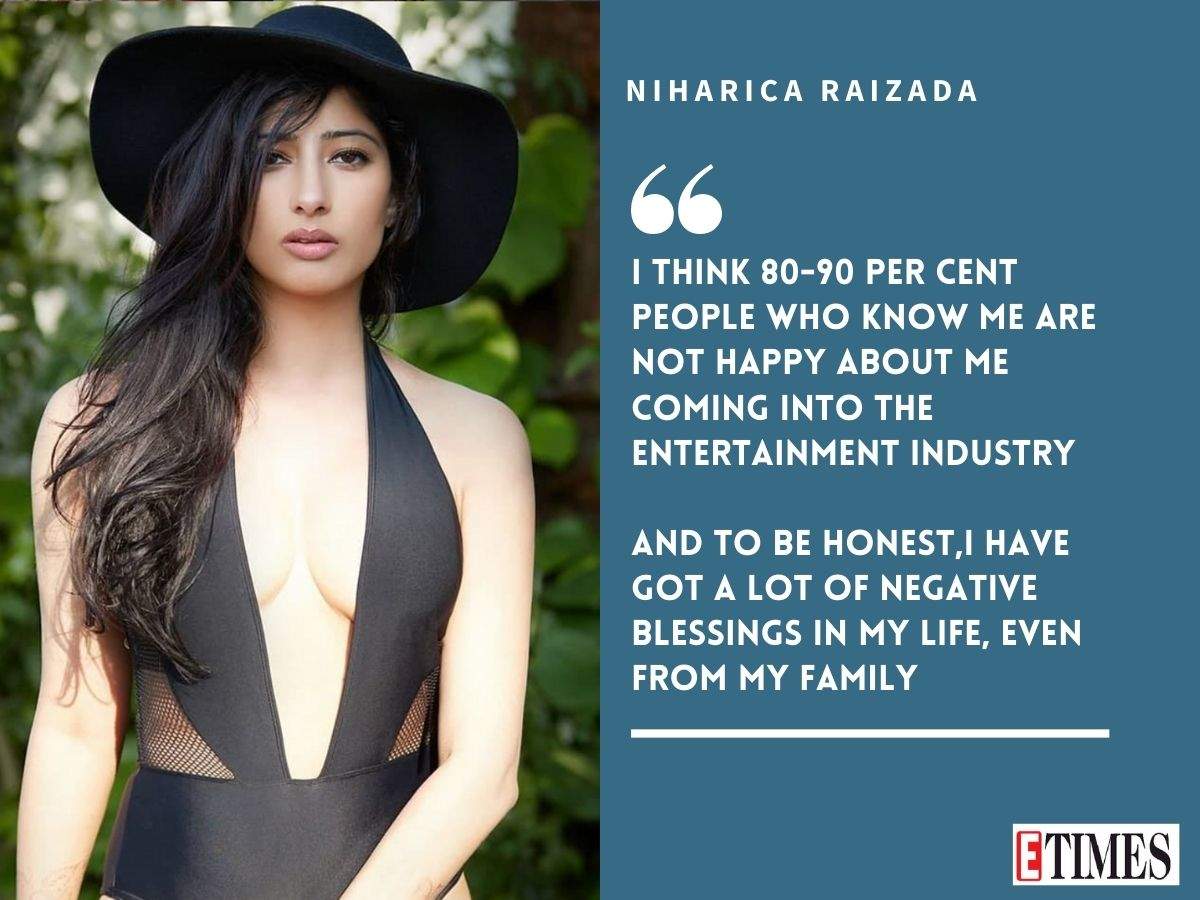 I always remember one thing, that at the end of the day we are just individual beings, and we have to look out for ourselves. What my parents think doesn’t really matter. I have done 14 films, and have done international films too. I am humbled, but not satisfied. I haven’t got what I want, I want to be able to do a more pivotal, critical, and highlighted role. Maybe because I am too fussy and choosy about scripts, it sometimes doesn’t work for me. I have now somewhat made a mark in the film industry with my conviction; it’s not something that I can credit anybody for.

You’ve been around in the industry for 10 years now. What are some of the fondest memories you have?

After winning the pageant, I had the opportunity to work and meet with a lot of film directors and producers. I used to tell myself that I am destined to be in this line. I remember when I first met Shekhar Kapur, he told me, ‘You should not give up your profession, just because your parents don’t approve of your field—because his father was a doctor and wanted Shekhar to be a chartered accountant—but he’s a filmmaker today. 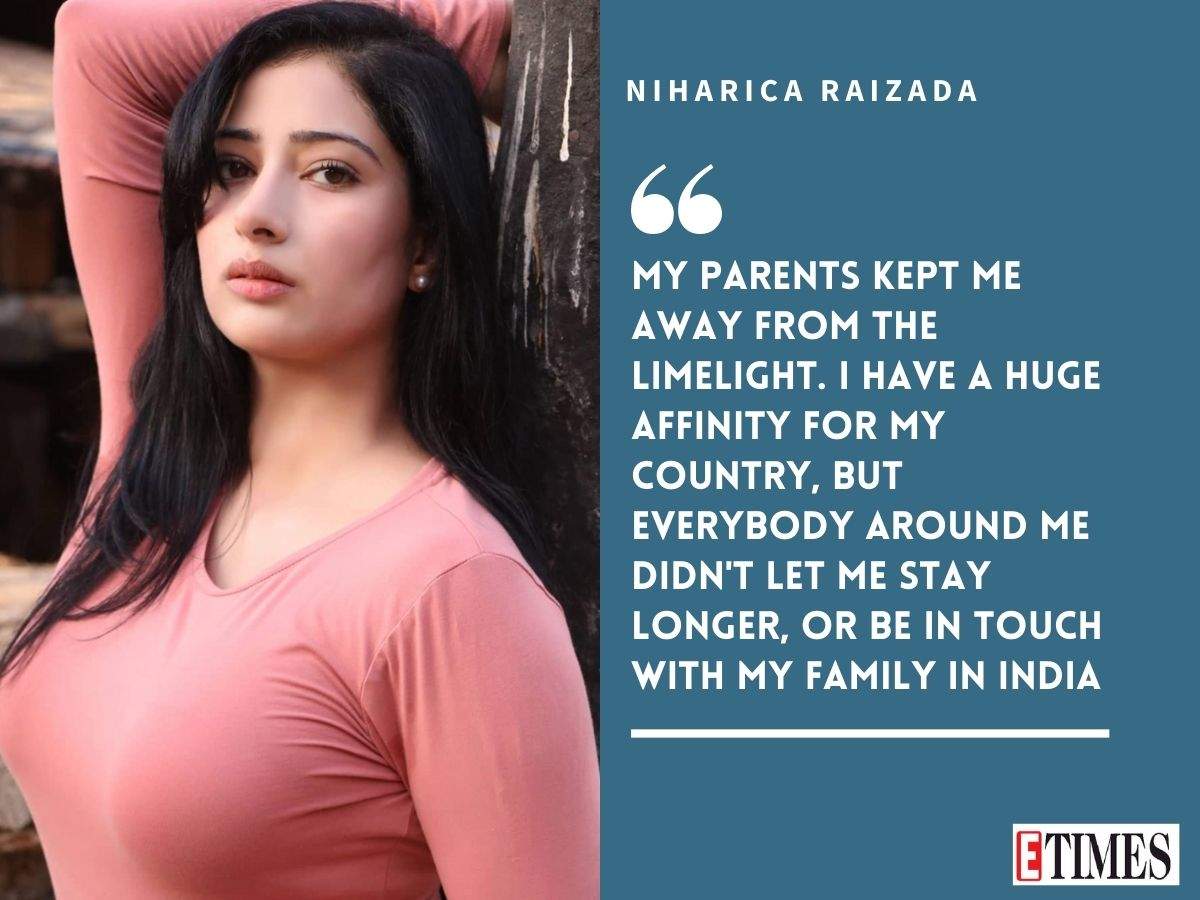 Your grandfather O.P Nayyar was a renowned musician. Are you influenced by him?

I wish I was in touch with him but unfortunately, I was always far from India. My parents kept me away from the limelight. I have a huge affinity for my country, but everybody around me didn’t let me stay longer, or be in touch with my family in India.

My love towards acting made me a rebel with a good cause. Back in 2013, when I was in America studying, I didn’t tell anybody and just took a flight to come here. My grandfather had already passed away in 2007. And during the last 10 years of his life, he was living separately from his family. Of course, I had met him, but I was too small to process things around me. I’ve seen his musical environment, but there was no connection or conversation. I wish it was there. 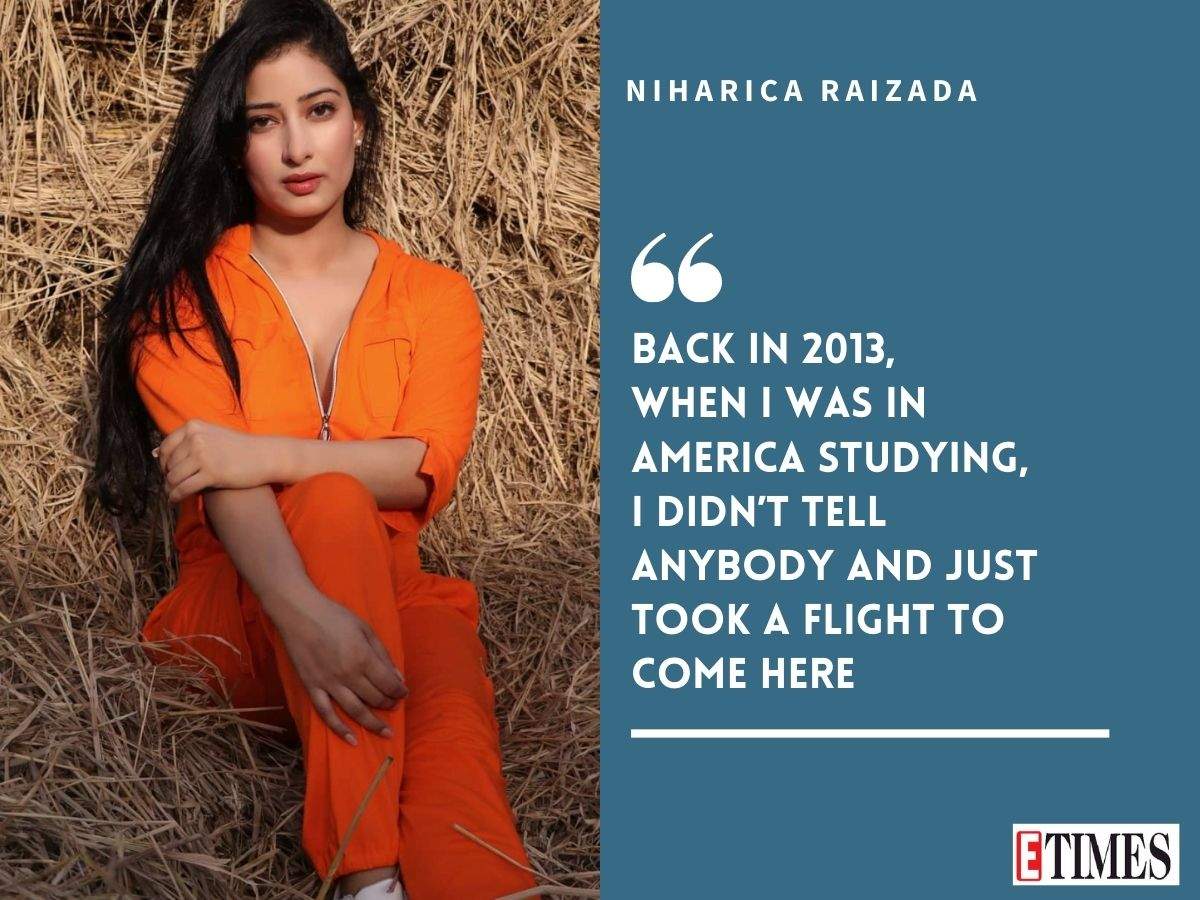 Like me, he wasn’t well connected to people around him. So, because of that, even I couldn’t or wasn’t unable to bond with him. People around me didn’t let me come too close to India either. I was full-time into studies. Growing up, I was always told the acting/entertainment industry was all harmful, and that one shouldn’t be a part of it

Are you happy with how things are shaping up for you?

Oh, I wish things could shape up a little faster. It’s a bit tough in the Bollywood film industry and you definitely need a little bit of help. If you belong to a certain camp, or if you have a couple of people who are vouching for you, it makes it a lot easier. And sometimes I do feel that if my grandfather OP Nayyar was still alive, maybe he could have backed me up. 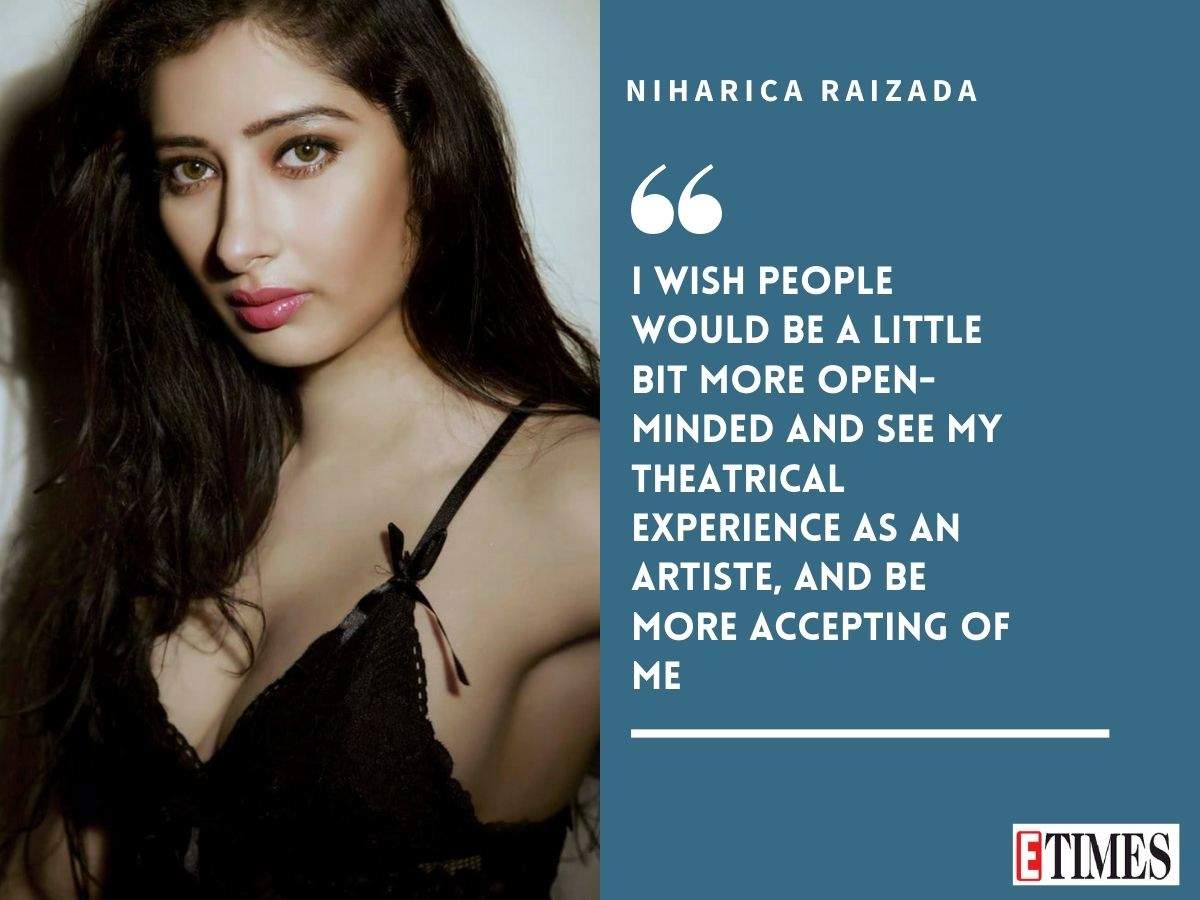 Despite all the nepotism debate and things like that, at the end of the day, one needs a push, just to be able to get their foot into the door, and then you have to be on your own. I feel that I haven’t been able to get that level of support. While I can manage to work my way through, I don’t really get roles that are too big. ‘Sooryavanshi’ is my biggest role to date. But that’s by luck. That’s only because of the greatness and the goodness of Rohit Shetty’s heart.

And I wish people would be a little bit more open-minded and see my theatrical experience as an artiste, and be more accepting of me. There’s too much competition.

Gujarati actor Arvind Rathod passes away due to illness