Freak rock maestros Acid Tongue unite with band Smokey Brights to throw the party-to-end-all-parties and embrace the end of the world in ‘Rock ‘N’ Roll Revelations.’

One would expect that some of the music coming out of the COVID-19 pandemic would be in the key of celebration, that music would be a jubilant cry of how we made it, and now, more than ever, we should embrace life. Acid Tongue, the psych-garage-art rockers, have chosen to embrace oblivion on “Rock ‘N’ Roll Revelations,” the new single from their upcoming EP, Blossom. In the track, premiering here on HollywoodLife, singer/songwriter Guy Keltner kicks things off with a moment of relief: “Finally, a disaster / we can watch the world burn.” From there, drummer/visual artist Ian Cunningham’s mid-tempo beat takes us through a carnival ride of man’s follies that have led us to an Armageddon of our own making.

“The folly of man! The folly of the United States!” Guy Keltner tells HollywoodLife. “I wrote ‘Rock ‘N’ Roll Revelations’ about the twilight of capitalism and the end of the world as we know it. Boy, have the last few years been rough! Why not celebrate the apocalypse and dance a little bit, put your best foot forward. If I have learned anything in recent years, joy can be found even in some of the darkest moments of our lives. This song is a tribute to finding joy anywhere and everywhere.”

“We took control of the world / then we pissed it all away / tried to rebuild the wheel / but we all know it’s a fake,” sings Guy on the song, before decrying “counterfeit relationships” and how everyone’s a duplicitous “fraud.” With help from their Freakout Records labelmates Smokey Brights, Acid Tongue delivers a rock ‘n’ roll sermon that’s part gleeful nihilism (“your friends and enemies will all end up the same”) and part disinterred hedonism (“fill your cup up to the top / give it all that you got / and we’ll dump that whole thing out”). Put them together, and it’s 100 percent pure rock ‘n’ roll, from the start to the end…of all things.

“Rock ‘n’ Roll Revelations” is the latest track from their upcoming EP, Blossom. Written during the pandemic, Blossom reflects the images and events of the prior year. The previously released “All Out Of Time” saw the band team with Calvin Love for a song about “cutting loose” from a bad relationship, but certain lyrics – “gotta make my way / gotta hit the road” – could easily be used to describe the claustrophobia felt by a 14-month pandemic lockdown. The EP also features Brazilian artist Libra (“Home”) and Death Valley Girls, and one of the brightest stars in the current garage-rock cosmos, on “Take Me To Your Leader,” a track written during the Jan. 6 insurrection attempt. 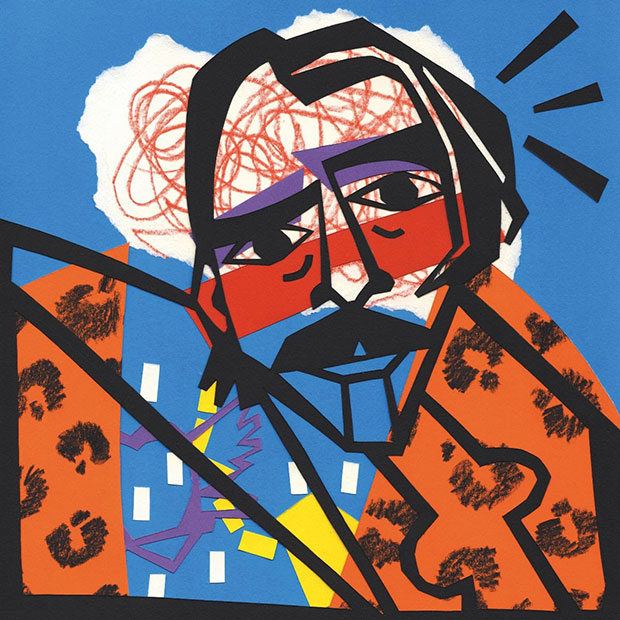 Had the world gone differently, Acid Tongue would have spent 2020 touring on their sophomore album, Bullies. The follow-up to their 2017 debut, Babies, Bullies, arrived on the day the world changed – Friday, March 13, 2020. Despite the pandemic shutting everything down, the album got some love. However, never one to let the grass grow under their feet, Acid Tongue spent the last year writing 15 songs that make up their new EP – as well as their upcoming album. The group is busy at work on Arboretum LP, set for release in Fall 2021.